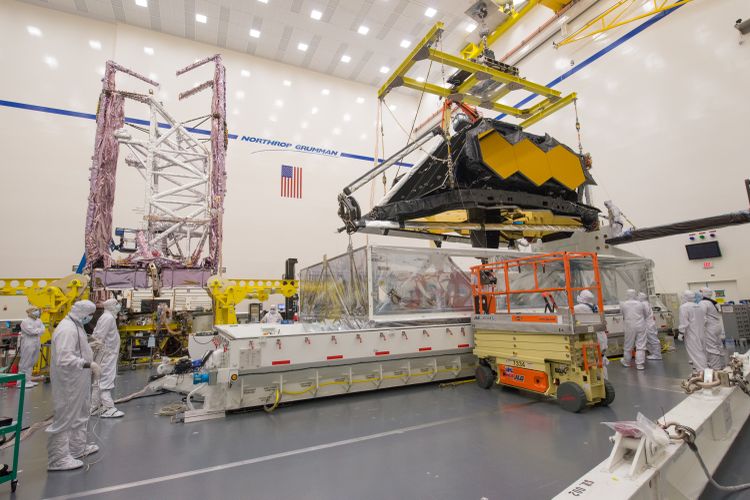 The Webb Telescope’s Optical Telescope element/Integrated Science instrument module (OTIS) and Spacecraft Element (SCE), which includes the sunshield and spacecraft bus, were separately powered at Northrop Grumman’s facilities in Redondo Beach. This is the first time both halves were powered in the same building.

“This is a significant, first-time event for the program and for the team,” said Scott Willoughby, vice president and program manager, James Webb Space Telescope, Northrop Grumman. “To power both OTIS and SCE moves us one step closer to readying the Webb for the next integration steps.” 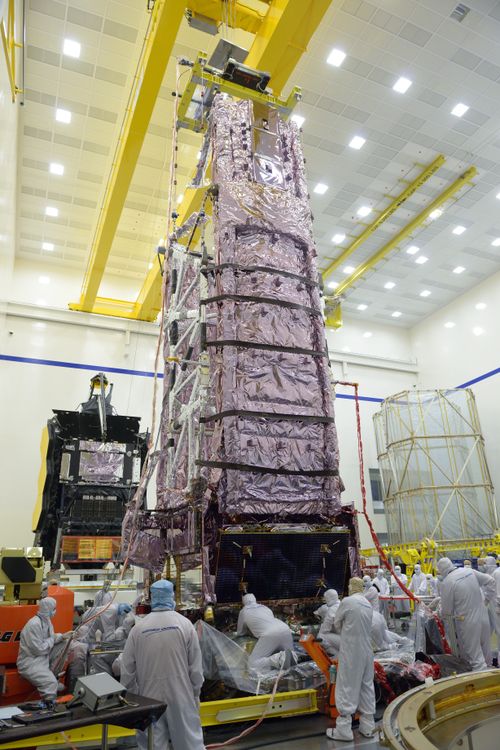 In the highbay, engineers use external power supplies, similar to chargers, which convert wall power to a source compatible with the spacecraft. This power is used to turn on the spacecraft and provides power to simulate what it will eventually use on orbit. Once in space, Webb will use solar arrays to operate the bus subsystems as well as the Science Instrument Payload.

The Spacecraft Element recently underwent a successful mechanical shock test in May. It was tested by simulating the mechanical shock caused by the separation of the spacecraft’s payload adapter after launch. SCE will receive additional testing before being combined with the OTIS to form the complete James Webb Space Telescope observatory. Once the telescope is fully integrated, the entire observatory will undergo more tests during what is called observatory-level testing.

The James Webb Space Telescope will be the world’s premier space science observatory of the next decade. Webb will solve mysteries of our solar system, look beyond to distant worlds around other stars, and probe the mysterious structures and origins of our universe and our place in it. Webb is an international program led by NASA with its partners, the European Space Agency and the Canadian Space Agency.