IBCS Undergoes Hardware Refresh in Advance of Next Milestone

HUNTSVILLE, Ala. – March 23, 2021 – Northrop Grumman Corporation (NYSE: NOC) has successfully completed hardware refresh, refurbishment and return of major end items (MEI) for the Integrated Air and Missile Defense Battle Command System (IBCS) to the U.S. Army. The MEIs include engagement operations centers (EOC), integrated fire control network (IFCN) relays, and integrated collaborative environments (ICE), components of IBCS that have been in use by the U.S. Army since delivery. Most recently, these MEIs were employed in the harsh desert climate of the White Sands Missile Range during last year’s IBCS Limited User Test (LUT). 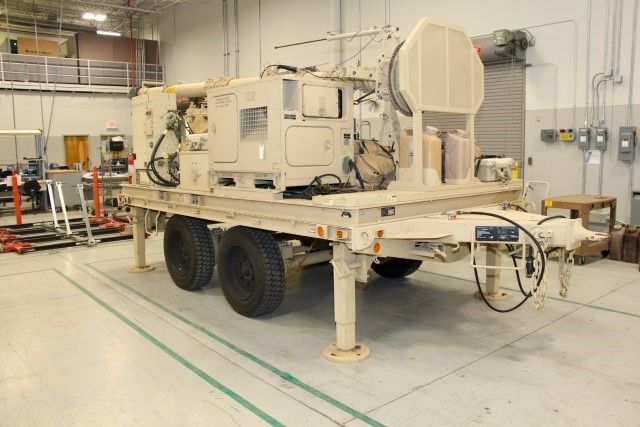 An IBCS Integrated Fire Control Network relay operated by soldiers in the U.S. Army’s 2020 Limited User Test is in position for transport back to the U.S. Army following refurbishment in the Northrop Grumman Huntsville (Ala.) Manufacturing Center.

Following successful completion of the LUT, 24 IBCS MEIs were delivered to Northrop Grumman’s Huntsville Manufacturing Center and then received, inspected and assessed for physical and functional performance issues. Based on inspection results, MEIs received replacement parts and were re-assessed before being returned to the Army for field acceptance testing leading up to IBCS’ next major event: initial operational test and evaluation (IOT&E).

“Since these MEIs were initially delivered, they have certainly been put through their paces, most notably during last year’s rigorous LUT,” said Kenn Todorov, vice president and general manager, combat systems and mission readiness, Northrop Grumman. “Our Huntsville Manufacturing Center is operational with the resident IBCS expertise to quickly and efficiently refurbish this equipment and return it to the Army for the next demanding IBCS test milestone.”

The IOT&E is a comprehensive test of IBCS system performance which will be conducted under realistic operational conditions prior to system employment. The IOT&E informs a Department of Defense and U.S. Army initial operational capability decision. 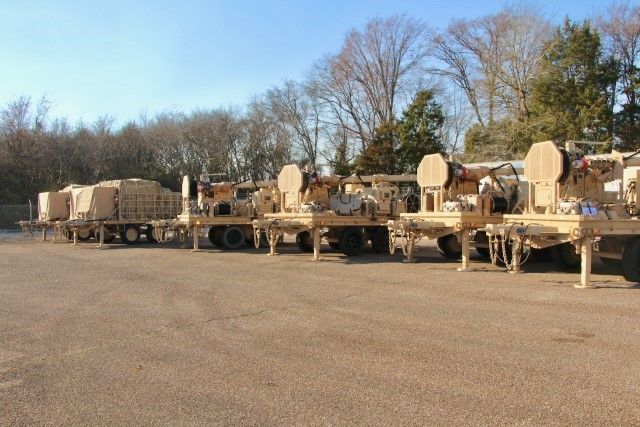 IBCS Integrated Fire Control Network relays, Engagement Center trailers and Engagement Operations Centers operated by soldiers in the U.S. Army’s 2020 Limited User Test are lined up after their “refresh” at the Northrop Grumman Huntsville (Ala.) Manufacturing Center for return to the Army.

IBCS is the centerpiece of the U.S. Army’s modernization strategy for air and missile defense to address the ever-changing nature of warfare. Designed to connect the forces for unified action across all domains against evolving threats, IBCS is a software-defined, network-enabled command and control system that integrates and optimizes “any-sensor, best-effector” toward enabling joint multi-domain operations and command and control.