After the town hall meeting where he answered employee questions, Governor McAuliffe toured the satellite manufacturing facility where several spacecraft are currently in production. He also visited the Cygnus Mission Operations Center where controllers were monitoring the Cygnus spacecraft that is carrying supplies bound for the International Space Station. Cygnus is scheduled to rendezvous and berth with the space station on Wednesday, December 9, 2015. 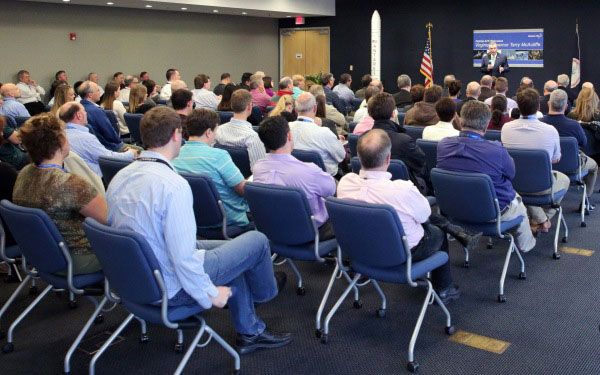 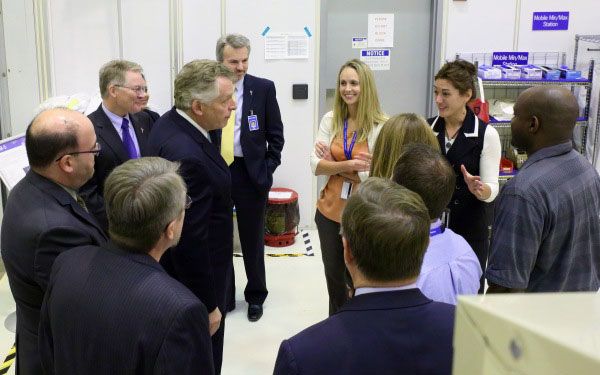 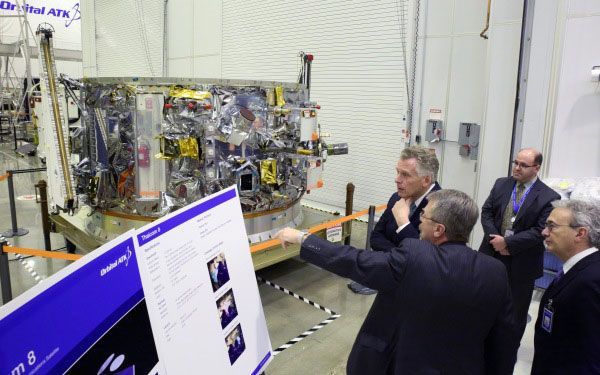 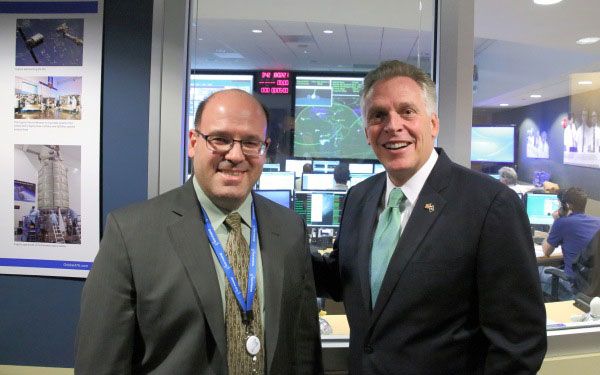