Northrop Grumman is at the leading edge of a Lean-Agile and Development Security Operations (DevSecOps) revolution within the U.S. armed forces as the system coordinator for a U.S. Air Force program called Unified Platform (UP). 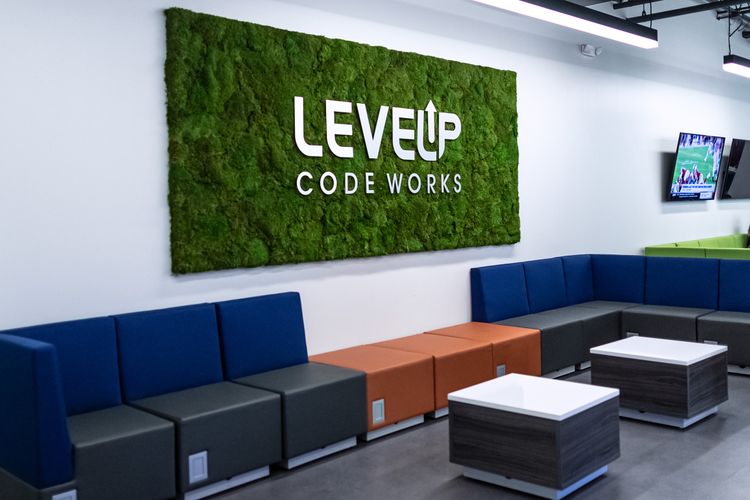 As a cloud-based, software-enabled and software-defined system, UP allows U.S. Cyber Command’s Cyber National Mission Force to conduct truly joint operations with mixed mission teams from across the U.S. Department of Defense (DOD).

That diverse force brings together cyber warriors from different military branches, all with disparate cultures, tactics, tools, applications and processes. Allowing them to operate jointly across the full spectrum of cyber warfare, from defensive measures to offensive operations, is the challenge UP solves.

Emmet “Rusty” Eckman, Northrop Grumman UP system coordinator program director, described the LevelUP site as a Silicon Valley-style setup populated by some of the best minds in cyber warfare and DevSecOps. You will more often see people in jeans and a t-shirt than a military uniform or suit and tie.

In partnership with companies like Northrop Grumman, the industry/government team at LevelUP Code Works is working on the next generation of advanced cyber tools. They are at the forefront of implementing military compliant Lean-Agile and DevSecOps methodologies for secure product development, deployment and operations.

“We’re pushing the culture and the technology,” Eckman said. “The speed of change for the cyber adversary is so rapid that traditional ways of building and certifying systems does not work. But we can now support that cyber mission at great speed.” 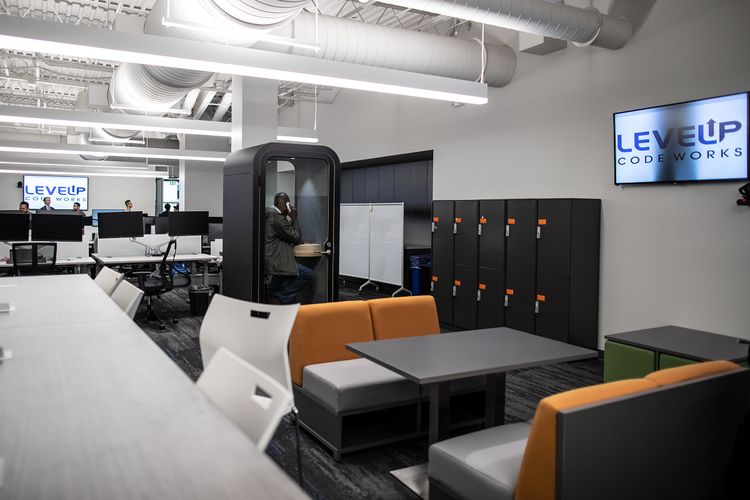 U.S. Air Force and industry partners took part in a ribbon cutting ceremony in December 2019 to mark the official opening of the innovation hub-styled LevelUP Code Works facility in San Antonio, Texas. The region has a growing government and contractor cyber workforce. Credit: Courtesy of the U.S. Air Force

The initial operational version of UP was rapidly developed and is a pathfinder program for the Air Force’s new software factory model called Platform One. UP and Platform One are the result of what the Air Force Program Executive Office for Command, Control, Communications, Intelligence and Networks has called a paradigm shift in “culture, commonality and connectivity.”

UP is now a deployed warfighting platform being used to conduct missions around the world. “Going forward, a warfighter supporting an ongoing mission should be able to pick up the phone, have a developer make any required changes, and roll it out in real time – not weeks or months,” Eckman said.

Neil Patel, director of DevSecOps for Northrop Grumman’s Cyber and Intelligence Mission Solutions Division, noted that Northrop Grumman is one of the early adopters and users of true DevSecOps – the way it is defined in the DOD handbook – and that moving to the agile software factory model with a continuous authority to operate is a big deal.

“DevSecOps is achieved by being closer to your customer and the end-user – the warfighter,” Patel said. “This colocation at LevelUP Code Works helps establish the culture and cross-collaboration needed to deliver capabilities to our warfighters at the speed of relevance.”