In the 1940s, science fiction author Isaac Asimov theorized the concept of collecting the sun’s energy in space, then beaming that energy down to Earth.

Harnessing solar power for use on Earth has enormous potential for communities where energy is scarce. For example, when military personnel establish a forward operating base one of the most dangerous parts of the ground operation is getting power. Convoys and supply lines, which are major targets for adversaries, are the usual methods to supply power. However, solar-powered beaming energy technology can provide constant, consistent and logistically agile power to expeditionary forces operating in hard-to-reach areas – assuring power is transmitted via radio frequency (RF) from space and reducing reliance on fuel convoys and other energy generation methods.

Utilizing one of the company’s test chambers specifically designed for RF at its Baltimore manufacturing and test campus, the SSPIDR team successfully demonstrated the transmission of directed RF energy to a ground-based rectifying antenna (rectenna) - a critical milestone in the development of this pioneering technology. In this demonstration, engineers steered RF energy to rectenna hardware, energizing a series of lights that indicated successful formation of an energy beam and conversion to useful electrical current. 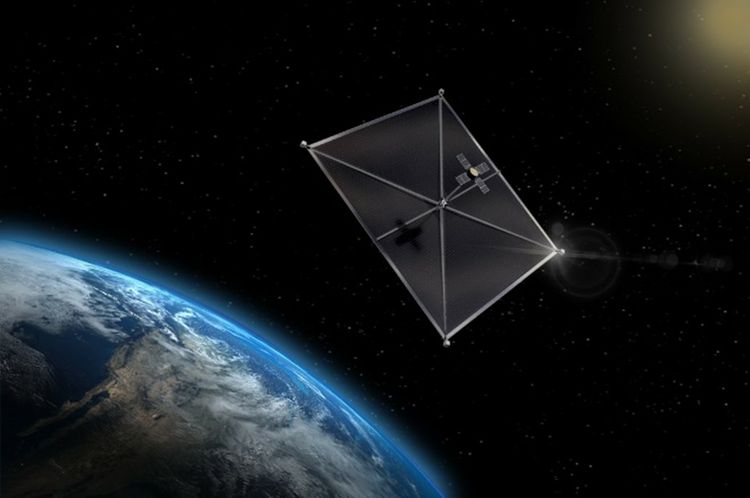 “Space solar power beaming has the potential to provide energy anywhere on Earth at any time, making consistent and reliable energy available to remote locations when its needed most,” said Tara Theret, SSPIDR program director, Northrop Grumman. “With this demonstration, we are one step closer to taking this technology out of the lab and putting it on orbit.”

As ambitious as it is revolutionary, the SSPIDR Project which is under contracted development partnership with the U.S. Air Force Research Laboratory (AFRL) will utilize on-orbit, highly-efficient photovoltaic cells to collect solar energy. This solar energy will then be converted into RF energy and beamed to a receiving station on Earth — like a power plant, but for space solar energy — where it would be converted to usable energy.

Having successfully demonstrated the conversion of solar energy to transmittable RF energy and wireless beaming capabilities in a laboratory environment, engineers are continuing to fine-tune the array to strengthen beam steering capabilities.

What has for decades been a science fiction concept will soon be on its way to space-based demonstration with AFRL’s anticipated mission launch in 2025.