The Rocket Fired by Scrum

In May 2019, the OmegATM first stage fired in Northrop Grumman’s northern Utah test area, fulfilling a 2016 commitment made by the company to test a stage of its OmegA rocket by spring 2019. As soon as that test was completed, the next test—firing an OmegA second stage—was just around the corner. 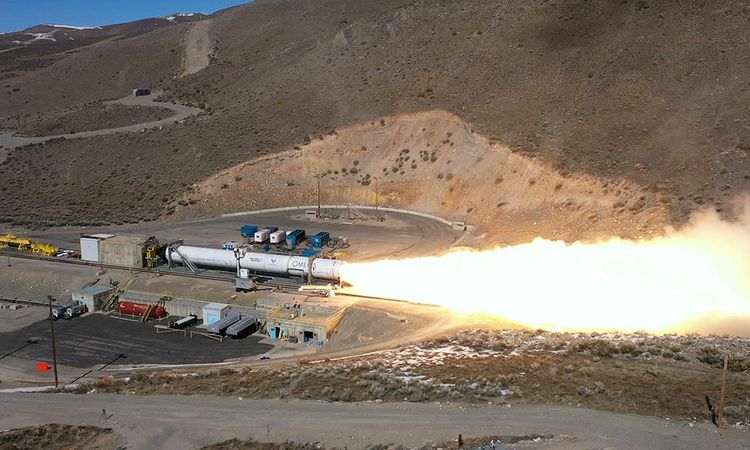 “The significance of the second stage test cannot be overstated,” said Charlie Precourt, vice president, propulsion systems, Northrop Grumman. “We had already fired the first stage, and the firing of the second stage would demonstrate what our country needs—a domestic solution to replace the RD-180 rocket engine.”

Major static tests of this scale require months of preparation with many team members. Coming from a culture of continuous improvement, the test area team decided to see if they could reduce the time required to prepare for the second stage OmegA test. They chose to apply an agile technique known as Scrum, which started out as a tool to help software developers deliver products on-time and on-budget.

“We’re always looking for ways that lead to increased efficiency,” said Precourt. “We’ve applied Scrum in many areas where the methods easily transfer to our business, but trying it with a motor test required a lot of ingenuity.”

Author Jeff Sutherland describes Scrum in The Art of Doing Twice the Work in Half the Time, claiming it’s possible in any industry to increase productivity by 400 percent. Undaunted by the inherent differences between developing software and testing a 39.5-foot-long and 378,000-pound rocket motor, the test area team was excited to try Sutherland’s approach.

The first step was going through iterations that blended Scrum with the current work scope. The collaboration presented challenges, and the team quickly identified roadblocks in the transferability between Sutherland’s proposal and their operations. For example, the team had to change their old ways of operating to incorporate key functions earlier, and some team members had to expand the previous scope of their roles.

“Working through roadblocks, the team took on greater ownership of this pilot effort,” said Precourt.

According to Andrew Martin, Northrop Grumman project engineer and static test lead for the OmegA first and second stage static tests, co-location was the most important aspect of Scrum to the team. “People from multiple engineering groups came out of their silos and to the product. Our customer also co-located to work with us.”

Martin said co-location helped the team to break down communication boundaries they previously experienced. “That enabled us to make smart and efficient decisions together in the test bay. We got more work done and saved time,” he said.

In conjunction with Scrum, the OmegA team utilized a model-based systems engineering (MBSE) design approach that allowed design engineers to create an integrated OmegA second stage, and the entire vehicle, in a digital format. This framework promotes the modeling to define, design, analyze and validate concept designs before construction. It allows for realistic 3D renderings of the final product to be reviewed and analyses to be run to simulate forces that will act on certain components, which helps engineers perfect the product the first time. MBSE decreases the amount of time between concept and design, and eliminates the need for substantial alterations to design.

“By utilizing Scrum and MBSE, we were able to incorporate design improvements into the second stage test without any impact to our launch readiness date,” said Precourt.

In February, the OmegA second stage underwent a full-scale static test firing, the first under Scrum. The Scrum approach created greater efficiencies and saved significant time during the months of test preparation. For the test area team it was easy to compare the two back-to-back tests, and the verdict on whether Scrum applies to firing rockets is clear: It does.

The OmegA team is now incorporating the design improvements validated in the second stage test back into the first stage. Scrum is helping them complete this activity rapidly, so the most up-to-date first and second stage designs are on the first flight vehicle. In this way, Scrum not only helps with meeting schedule and reducing costs, but it reduces technical risk going forward.

Precourt credits the OmegA team for making the Scrum approach successful. “Change can be hard to implement, and I appreciate the willingness and ingenuity of this team,” he said. “We’ll continue to deploy Scrum across the plant and reap the benefits of better communication, faster development, and closer customer collaboration.”