The B-2 at 30: Evolution of the Stealth Bomber

There are moments in aviation history that spell a quantum leap in technology, a real game changing event fueled by the power of human ingenuity and innovation.

This is the story of the U.S. Air Force B-2 Spirit, one of the most survivable aircraft in the world — from its cutting edge flying wing design to its evolution as the world’s only stealth bomber.

July 17 marks 30 years since the Northrop Grumman-designed B-2 Spirit first took to the skies. Three decades later, the iconic flying wing is more advanced than ever and in a class of its own. Morphing with the times, the B-2’s avionics technology, stealth and armament have evolved to ensure U.S. air dominance. 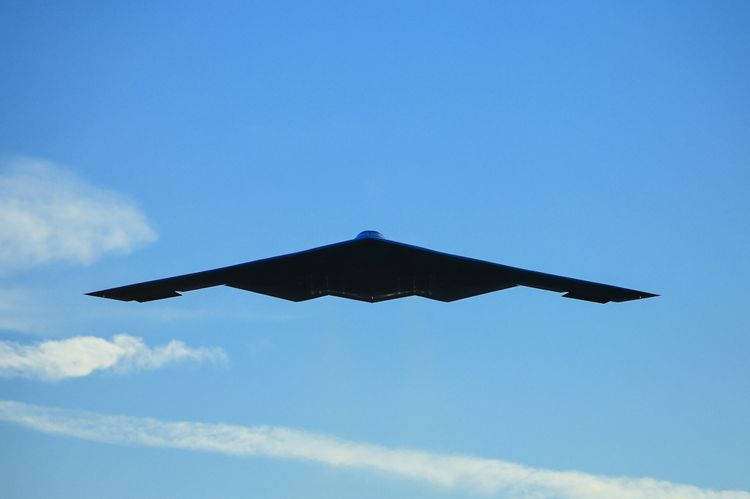 A B-2 Spirit arrives at Northrop Grumman’s Palmdale Aircraft Center of Excellence where the aircraft undergoes a complete “wingtip-to-wingtip” overhaul. For four consecutive years beginning in 2015, Northrop Grumman has successfully increased the availability of the B-2 stealth bomber to the U.S. Air Force by delivering aircraft on an accelerated schedule.

“Over the years, I’ve been lucky to see many of our best and brightest dedicate themselves to the B-2,” said Kirby Findley, Northrop Grumman’s site manager at Whiteman Air Force Base. “Our newer generations are working side by side with employees who have been here since the early days of the B-2.”

The B-2 program is a prime example of how blending original designs and experienced employees with innovative technologies, newly hired software engineers and first-time technicians can change the future of aviation for the better. It is also one of many qualities of the B-2 program that enables the stealth bomber fleet to remain ready.

“The individual contributions of our employees build on an enduring legacy of partnership and ingenuity with the U.S. Air Force that is now 30 years strong and still going,” said Richard Sullivan, vice president and B-2 program manager, Northrop Grumman. “Keeping the B-2 fleet mission ready and available is our number one priority.”

The B-2 can lay claim to several accomplishments since its first flight 30 years ago. During its legendary combat debut in Operation Allied Force, the stealth bomber flew less than 1 percent of the total missions, yet destroyed 33 percent of the targets in the first eight weeks of the conflict. The B-2 also set a record with a 44-hour air combat mission in 2001. Its ability to penetrate enemy territory undetected is why it’s been called to duty in the opening phases of several conflicts including Operation Enduring Freedom, Operation Iraqi Freedom, Operation Odyssey Dawn and Operation Odyssey Lightning.

As the only U.S. aircraft that combines stealth, long-range, heavy payload and precision munitions, its successes could not be more impactful as the U.S. Air Force prepares to cross the threshold to a predominately stealth air force of low observable bombers, fighters and weapons.

The B-2 Spirit remains an engineering marvel and combat proven aircraft that will continue to pave the way forward for years to come. Click here to watch it soar through the skies.