Innovation Systems • Orbital ATK Archive
Share Tweet Share Email Print
Earlier this month, a “small astronaut” named Harrison visited our Dulles campus to learn more about Orbital ATK and our space systems group. Harrison is not your typical astronaut - he and his father Aaron are a father and son photography team whose goal is to remind adults that children are still exploring the world around them, and that what may seem like a mundane task is full of wonderment for children.

After an online exchange with Orbital ATK employee Kendra Toole, Harrison and his father got to see what happens behind the scenes at our Dulles, Virginia, campus. They began their journey in the lobby, where Harrison begged to take home one of the scale models on display. The duo then toured the Cygnus Mission Operations Center, where Harrison learned about the Cygnus program. He also spoke with one of our engineers, who taught him about Orbital ATK. 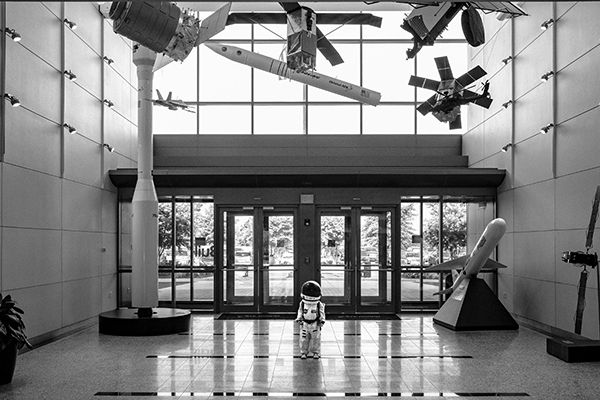 At the end of their visit, Harrison and Aaron headed to our satellite manufacturing facility where Harrison was given the opportunity to explore a Cygnus mock-up and pose for photos with Orbital ATK employees

“Our tour and the photos we were able to capture far exceeded what I expected,” said Aaron. “I am very grateful for the time given to us by Ray Crough, Carlos Niederstrasser, Kendra Toole and all of the staff that we interacted with at Orbital ATK.” 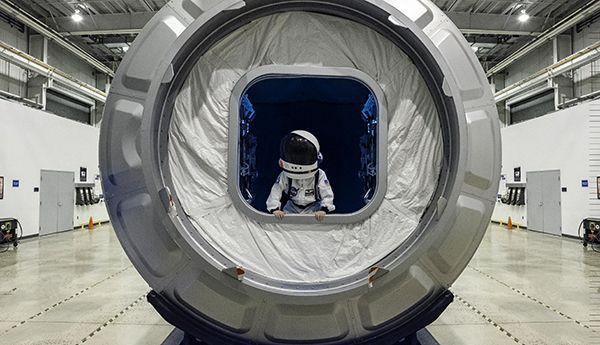 Harrison explores a mock-up of our Cygnus spacecraft.

Aaron began his project, Small Steps are Giant Leaps, in 2015 when he was looking for a unique way to bond with his son during every day activities. Aaron launched a Kickstarter campaign in April to support his project, which has been hugely successful. His first book will be released this fall. What began as a local, personal project has grown into a nation-wide sensation as astronaut Harrison has been invited to tour iconic places across the country. 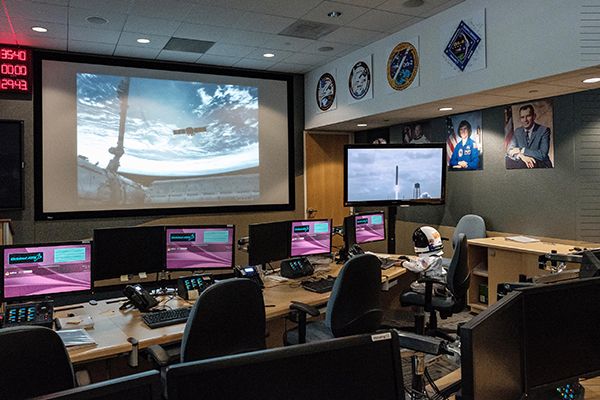 We are go for launch! Harrison sits at a station in our Dulles mission control center.

“One of the byproducts of the Kickstarter campaign was the interest we received from the Aerospace industry and Space Tourism industry, said Aaron. “With offers to visit and take photos in some pretty awesome locations, I started to try to find a way to move forward with the project after the initial book is completed. We are currently looking at ways to use our message to inform, educate, and inspire other children to be explorers in their everyday world and maybe even inspire them to be our next generation of astronauts.” 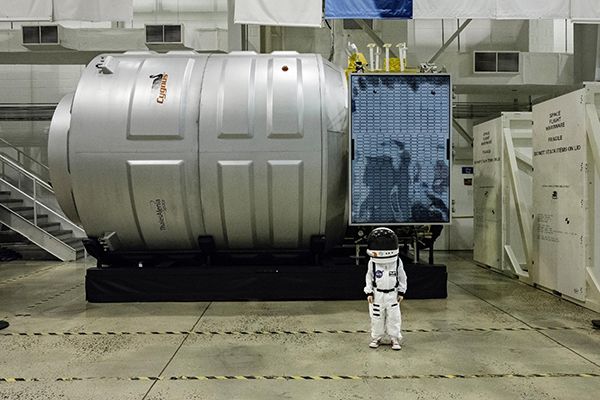 Harrison in front of a Cygnus mock-up in our manufacturing facility.