The service module, which houses the spacecraft’s avionics, electrical, propulsion and communications systems, arrives at Kennedy on October 14 where it will be integrated with the extended pressurized cargo module (PCM) that is already in place.

A Mission of Firsts

The mission marks the first flight of the enhanced variant of the Cygnus spacecraft, which is capable of delivering more than 7,700 pounds of essential crew supplies, equipment and scientific experiments to astronauts on board the ISS. The PCM’s capability to deliver larger volumes of cargo to the station aboard the powerful Atlas V provides even greater support to NASA’s continued research and utilization of the ISS.

While preparations continue for OA-4 later this year, three CRS missions are scheduled for 2016 to support NASA’s ISS cargo needs, leading off with a second Atlas V launched mission from Kennedy Space Center in the spring, followed by the return of operations to the Wallops Flight Facility in the first half of the year where the company will continue CRS missions on an upgraded Antares. The PCMs and Service Modules for the three 2016 Cygnus spacecraft missions are essentially complete and will be shipped to the respective launch sites a couple of months prior to their launch dates.

“These are exciting times for the Cygnus team at Orbital ATK,” said Frank Culbertson, President of Orbital ATK’s Space Systems Group. “With OA-4 set to launch in December and at least three additional missions to the Space Station planned in 2016, we remain solidly on schedule to meet our CRS cargo requirements for NASA. Our team’s performance in meeting milestones on an accelerated timeline demonstrates the company’s flexibility and responsiveness to customer needs.” 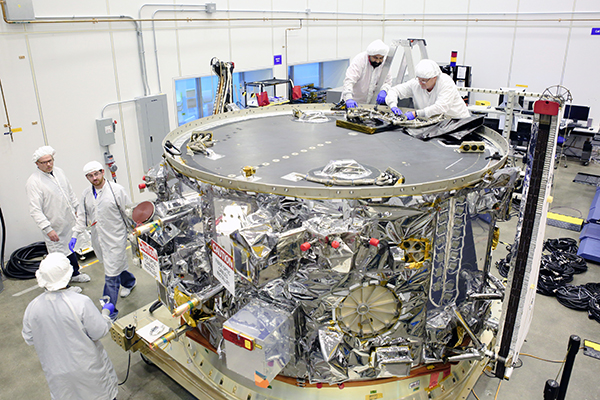 The final touches are added to the Cygnus service module as it is prepared for shipment to Kennedy Space Center at Orbital ATK's Satellite Manufacturing Facility in Dulles, Virginia. 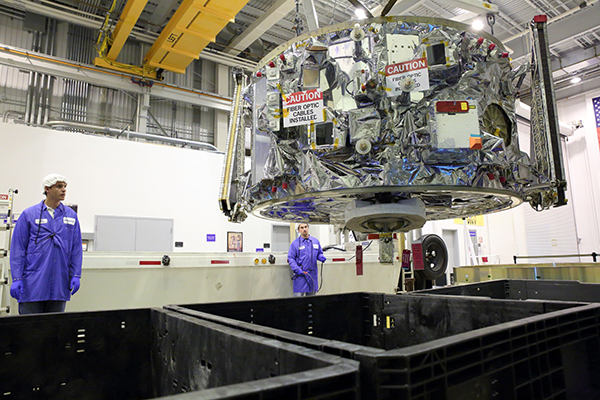 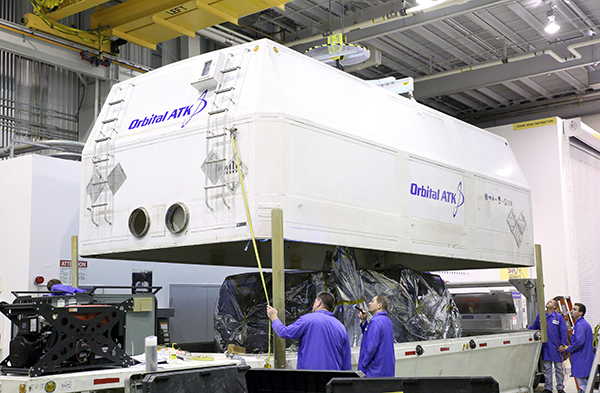 The team lowers the top of the outer shipping case that will be placed on a truck for transport to the Kennedy Space Center. 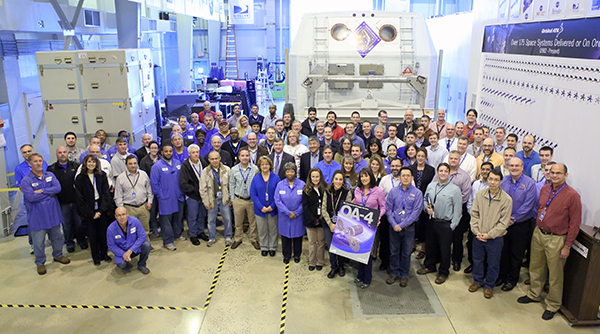 The OA-4 team celebrates a significant milestone at the Satellite Manufacturing Facility in Dulles, Virginia, as final preparations are made to ship the Cygnus service module out to NASA’s Kennedy Space Center in Florida for the upcoming launch in December.
]]>
Share Tweet Share Email Print