How do you measure the value of a product whose primary goal is prevention?

For the Northrop Grumman team that designs and produces the Joint Counter Radio-Controlled Improvised Explosive Device (RCIED) Electronic Warfare (JCREW) system, that value is measured in the euphoric high-fives of a convoy that returns unharmed from a dangerous mission. It’s measured in the lives of soldiers who will come home and hug their children. 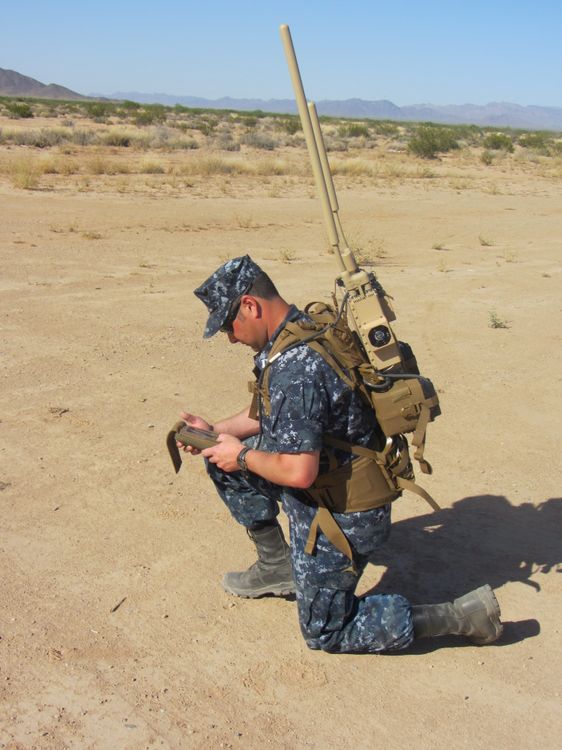 “The spirit of teamwork and sense of mission drive the team,” said Demeron Skouson, low-rate initial production (LRIP) program manager, JCREW, Northrop Grumman. “We’re providing a product that has direct lifesaving capability for our warfighters. We all take great pride in that, and it motivates us during the challenging times.”

JCREW is a software-programmable jammer that provides protection from device-triggered IEDs. The units are available in both a wearable, backpack design and a mounted/fixed-site version to protect warfighters on foot, in vehicles, and in permanent structures. Warfighters know JCREW is working when IEDs don’t.

In early June, Northrop Grumman delivered all contracted JCREW LRIP dismounted systems to the U.S. Naval Sea Systems Command (NAVSEA). The systems are being used by both U.S. Navy and U.S. Air Force personnel, and feedback from the field has been good.

“The product has been performing very well in theater, and the end users are extremely appreciative,” said Darryl Williams, director, JCREW operating unit, Northrop Grumman. “I’m proud of the efforts our team has made in getting this critical technology to the front lines.”

The JCREW team has faced challenges that can arise when a new system is developed and produced from the ground up. However, the team has been buoyed by the feedback from theater, recent deliveries, and successful completion of all qualification testing for both dismounted and mounted systems.

The team has been focused on increasing production while verifying readiness to shift to higher production rates.

In late June, Northrop Grumman was awarded a JCREW full-rate production contract for $96.5 million. Under this contract, the company will deliver additional dismounted systems, mounted systems and spares to NAVSEA. The company also will provide engineering support services such as technical studies, tech refresh and depot repairs.

As the JCREW team focuses on ramping up production while keeping quality a top priority, the future looks bright for a product that is saving lives on the battlefield. The adaptability of the product has allowed for new, innovative uses, including countering unmanned aircraft systems. Several foreign military forces also are interested in purchasing JCREW systems. “We see demand for the product increasing in the future,” Skouson said.

How Northrop Grumman Is Giving Aircrews an Edge in Electronic Warfare