Powerful New Radars Level Up Our Protection Against Threats

Aircraft, missiles, rockets, mortars and artillery in the wrong hands pose an increased risk to the safety of U.S. service members, allies and civilians. These threats can be sophisticated or improvised, coming from hostile nations and non-state actors alike. The challenge of countering the wide range of threats is being met by systems with advances in integration, gallium nitride semiconductor technology and radar expertise. 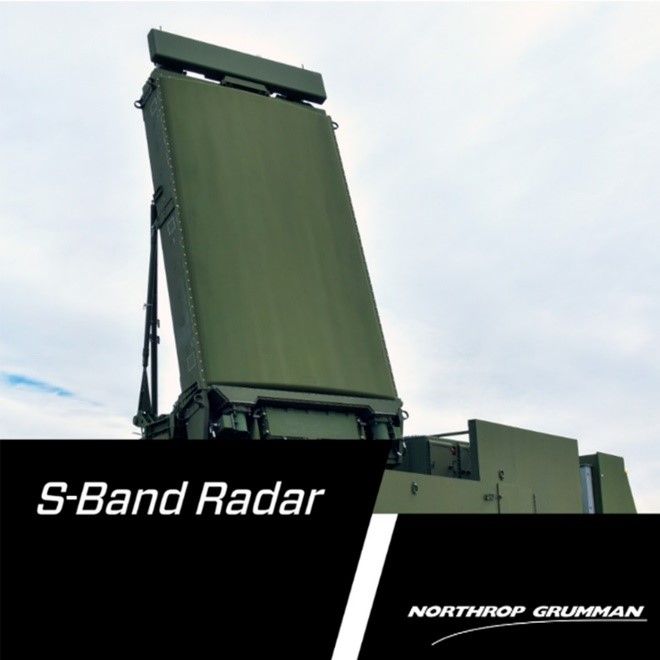 In production now, Northrop Grumman’s S-band ground radars are ready to operate within Department of Defense command and control networks.

Northrop Grumman is leading the way with a new generation of integrated air and missile defense (IAMD) systems.

“For decades, Northrop Grumman has been a radar innovator, and that expertise shows in the exceptional capabilities of the company’s ground-based radars and IAMD systems,” said Christine Harbison, vice president, land and avionics C4ISR, Northrop Grumman.

Harnessing the power of GaN for ground-based radars

At the heart of any air and missile defense system is the radar, and at Northrop Grumman, radars have become more powerful, efficient and reliable through the introduction of gallium nitride-based microelectronic components.

Northrop Grumman, with government partnership, has invested more than $350 million in GaN development, and this investment has seen the development and integration of GaN into a wide variety of land, air and space-based military radar systems.

Highly reliable and high bandwidth GaN radars can perform multiple missions simultaneously, from air traffic control to fire control, while giving operators a complete picture of what is happening in each sector.

To provide an optimal defense against airborne threats, warfighters need a single, unambiguous view of the battlespace and a network of sensors and shooters than can identify and neutralize targets. Designed to function as part of any net-centric command and control (C2) system, these versatile radars can detect and share data about incoming hostile fire and cue interceptors.

The Army and Marine Corps announced recently that they are working together to bring Northrop Grumman’s premier S-band ground radar into the Integrated Battle Command System. The Marine Corps has further plans to demonstrate the radar with Iron Dome, a system that the Army is acquiring for interim cruise missile defense. The Army has stated that missile defense is one of its top modernization priorities.

“While our radars provide effective protection as stand-alone systems, they become true force multipliers when they function within C2 networks,” said Harbison.

Future threats are likely to multiply in type and numbers, presenting new challenges for the integrated air and missile defense mission. That is why Northrop Grumman’s radars have been tested during hundreds of hours of realistic combat scenarios in the lab, at the range and in complex joint exercises. Open architecture, C2 integration and the power of GaN have come together in Northrop Grumman’s S-band radars to enable a new level of protection and situational understanding for warfighters.

Sidebar: A radar made in the U.S. Ready to serve anywhere.

“Over decades, we have built a network of trusted partners who can provide the expertise and performance needed to deliver these mission-critical systems,” said Jeanie Wade, vice president, operations, Northrop Grumman Mission Systems.

In full rate production now, Northrop Grumman’s program-of-record S-band radars are the product of collaboration on a national scale. With a supply base spanning 28 states, these radars benefit not only warfighters, but also local communities across the country. 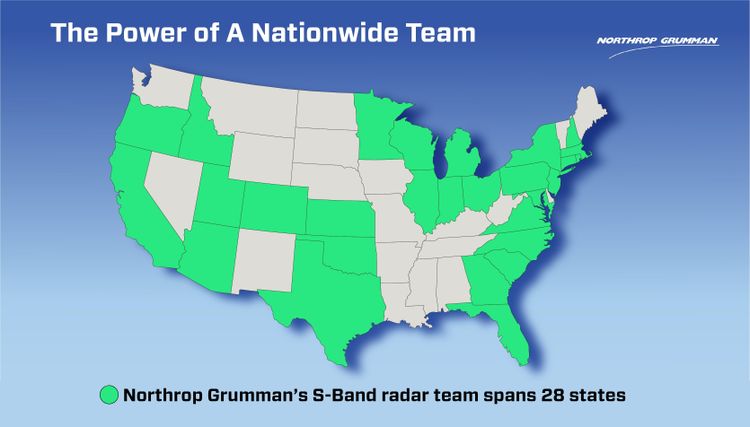