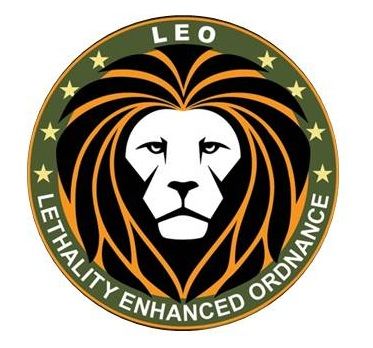 At the start of the new year, Orbital ATK’s Fuze and Warhead team – part of its Defense Systems Group – announced it had signed and important agreement for production of its Guided Multiple Launch Rocket System (GMLRS) Alternative Warhead (AW) for the U.S. Army. The ‘alternative’ in the title refers to an alternative to cluster munitions. Cluster munitions are air-dropped or ground-launched weapons that release a number of smaller submunitions. First developed in World War II and currently part of many nations’ weapons stockpiles, the use of cluster munitions has become highly scrutinized in recent years due to the risk posed from unexploded ordnance (UX).

Prior to 2008, the Army’s GMLRS contained a warhead that used submunitions, called a Dual-Purpose Improved Conventional Munition (DPICM) warhead. Speaking to the publication Inside the Army in 2008, Col. David Rice, then-Army Project Manager for Precision Fires, Rocket and Missile Systems at Redstone Arsenal, said DPICM warhead variants can, after impact, “leave behind unexploded grenades that pose long-term danger to civilians as well as to soldiers, restricting their movements.”

In 2008, Defense Secretary Robert Gates signed a Pentagon cluster munitions policy directing that, by 2018, the military must only use weapons that do not result in more than one percent UX, opening the door for its Alternative Warhead Program (AWP). And while the AWP commitment was to reduce the percentage of unexploded ordnance from cluster munitions to just one percent; the ultimate goal was to eliminate unexploded ordnance completely. “Technically speaking, that’s pretty hard to do—especially less than one percent duds,” Rice told the Inside the Army. “It effectively calls for something other than a cluster munition to attack broadly dispersed targets.”

Enter Orbital ATK. With decades of experience in insensitive munitions, our Fuze and Warhead team in Plymouth, Minnesota, began developing a warhead that was something “other than a cluster munition.” This Design must meet the goal of eliminating UX completely without reducing the effectiveness the military had come to count on.

The result was Orbital ATK’s Lethality Enhanced Ordnance technology, or LEO. Instead of submunitions, LEO relies on inert projectiles placed inside the warhead. In tests, the Orbital ATK warheads with LEO technology achieved the Army’s stated requirements for area effectiveness, but left behind no unexploded ordnance.

In 2015 the GMLRS AW Engineering, Manufacturing and Development team completed all Developmental Test/Operational Test flight tests, demonstrating the full functionality of the LEO design and its ability to meet the GMLRS requirements, culminating in a Milestone C decision. In January the company announced that it had entered into an agreement to move the GMLRS warhead into initial production.

“Fielding this warhead for the Army is the ultimate validation of the years of work we have put into this program; providing great safety and an even higher performance against the required target set compared to the submunition version of GMLRS,” said Pat Nolan, Vice President and General Manager of Orbital ATK's Missile Products division of the Defense Systems Group. “We believe we are shaping the insensitive munitions marketplace going forward, both for our military and our allies overseas.”