Innovation Systems • Orbital ATK Archive
Share Tweet Share Email Print
The National Museum of the U.S. Air Force, located at Wright-Patterson Air Force Base near Dayton, Ohio, recently opened their fourth building to the public. The building was privately financed by the Air Force Museum Foundation, Inc., an IRS 501(c)(3) non-profit organization chartered to assist the museum with the development and expansion of facilities. Orbital ATK was one of several companies located in the Dayton area who made a donation to support the expansion. Steve Earl, Vice President and General Manager and Peter Beyerle, Sr. Director of Business Development were both in attendance for the official Grand Opening Ceremony on June 7. 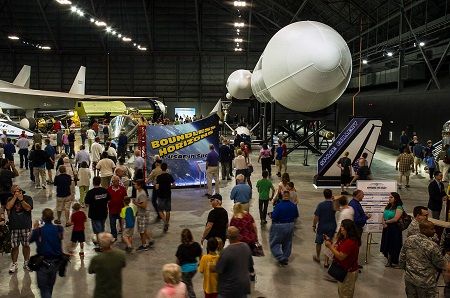 The National Museum of the U.S. Air Force, located at Wright-Patterson Air Force Base near Dayton, Ohio, celebrated the Grand Opening on June 7 of their fourth building to the public.

The 224,000 square foot, climate-controlled fourth building houses four galleries under one roof: the Presidential Aircraft Gallery, the Research & Development Gallery, the Space Gallery and the Global Reach Gallery. The collective galleries allow museum visitors from around the world the opportunity to view and walk through a historic collection of presidential aircraft, view the world's only remaining XB-70 and other research and development aerospace vehicles, view Space Shuttle, Mercury, Gemini and Apollo spacecraft and other NASA artifacts and view the C-130E and the C-141 Hanoi Taxi, which airlifted the first American POWs to freedom from Hanoi, North Vietnam in 1973.

As a contributor, Orbital ATK has a sign in the Space Gallery near the Titan IV rocket display due to the company's involvement with booster production for this vehicle. Orbital ATK also has contributor status recognized on an electronic kiosk and bronze plaque near the entrance of the fourth building. 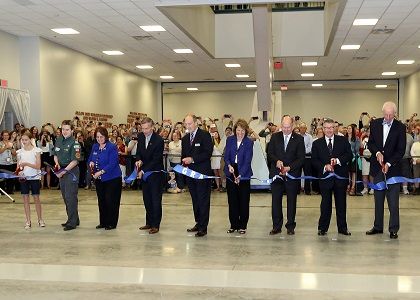 The ribbon cutting ceremony for the National Museum of the U.S. Air Force's new building and galleries. 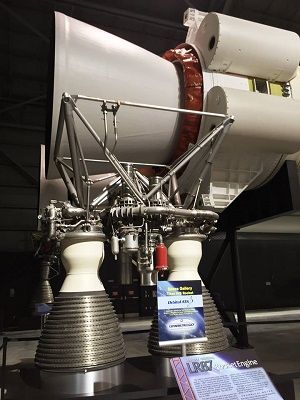 Visitors were given the chance to see the LR87 rocket engine. 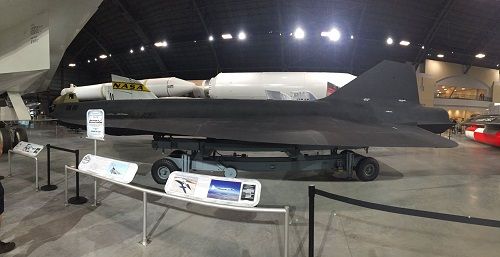 The world's only remaining XB-70 was also on display for visitors to view.