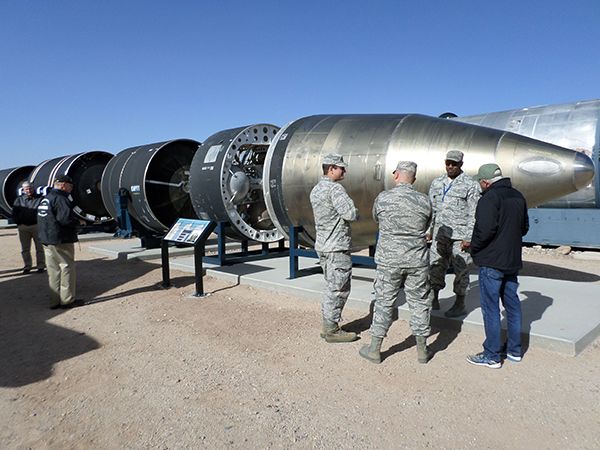 Orbital ATK participated in a dedication ceremony of a Peacekeeper missile display on November 17.

The dedication ceremony was attended by Lt. Col. Chad Melone of the Air Force’s Space and Missile Systems Center Launch Enterprise Directorate, Alison Schuler, the museum’s board president, and several other community leaders. There were also museum volunteers who help restore the motors and assemble the display, and local companies who provided equipment and supplies for the display.

Andy Haaland, director of business development for Orbital ATK’s Propulsion Systems Division, provided remarks on behalf of the company. “We are honored to have played a part in the Peacekeeper program, and we are proud to continue to support our nation’s strategic defense programs today,” he said. 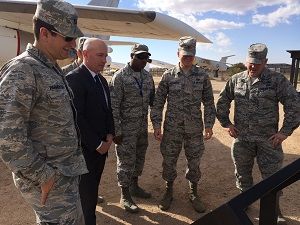 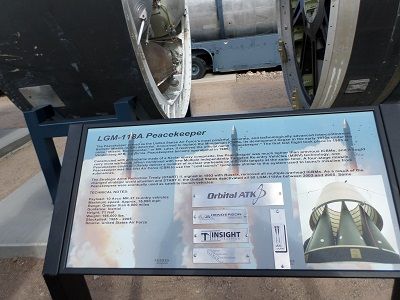 Orbital ATK donated excess nozzles, various parts and critical funding needed by the museum to properly assemble and display the Peacekeeper missile. “It is remarkable to see this missile restored—it is an important part of our nation’s history and deserves to be properly displayed here among this amazing collection of historical assets that the museum maintains,” said Tim Luddeke, Orbital ATK’s Albuquerque field site director for the company’s Propulsion Systems Division. “This museum is truly a national treasure; they do a phenomenal job preserving our nation’s nuclear history.”