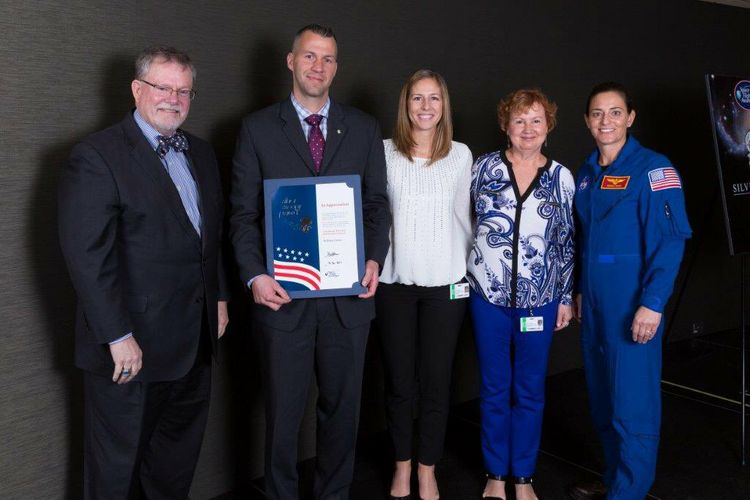 Dr. Bill Green poses with his award after the December 12 ceremony in Denver, Colorado.

“Using his controls systems expertise, Dr. Green proposed unique solutions to meet the challenges faced by integrating these two critical systems while keeping the testing on schedule” said Mike Kahn, President of Orbital ATK’s Defense Systems Group. “His tenacity on the program speaks volumes about his dedication to NASA’s mission and the safety of our astronauts. It truly is an honor to have his contribution recognized.”