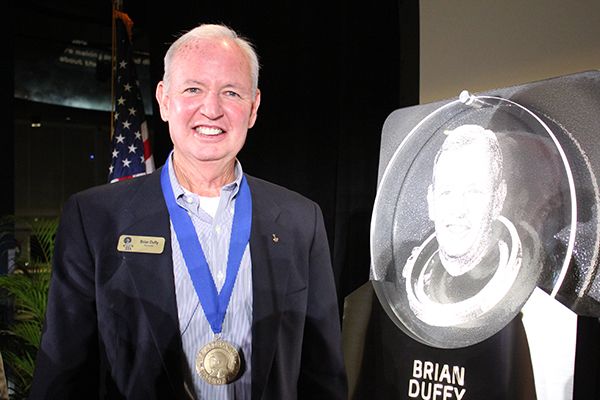 Orbital ATK's Brian Duffy next to his Astronaut Hall of Fame plaque after the induction ceremony.

Kent Rominger, previous Astronaut Hall of Fame inductee and Vice President of Strategy and Business Development for Orbital ATK’s Propulsion Systems Division, added his congratulations: “Brian was a great role model in the astronaut office and was known for his strong leadership-by-example style. His flying skills, both as an astronaut and fighter pilot, were legendary—the rest of us tried to emulate him.” 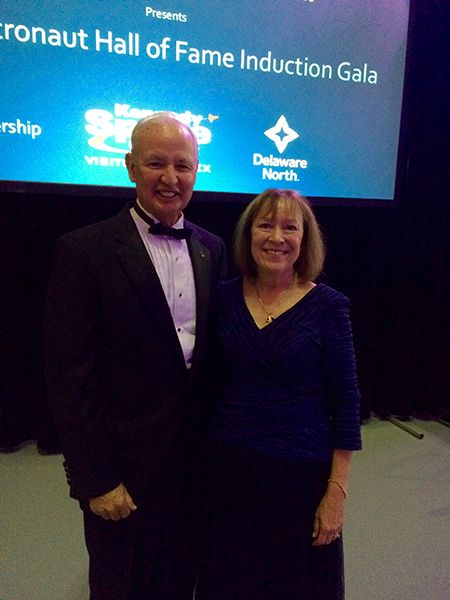 Brian Duffy with wife Jan at the inductino Gala on May 13. 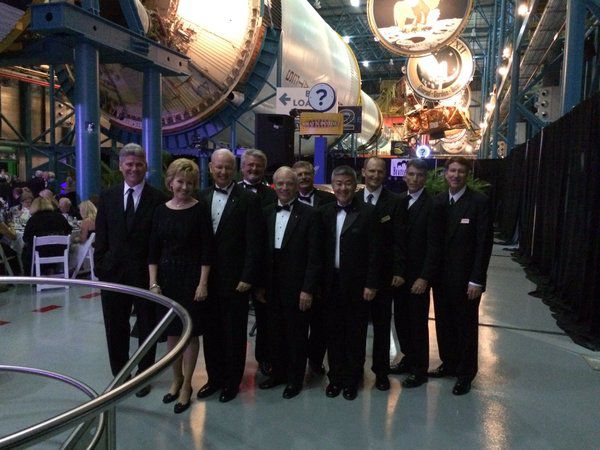 Orbital ATK employees with Brian and Jan Duffy at the Induction Gala. 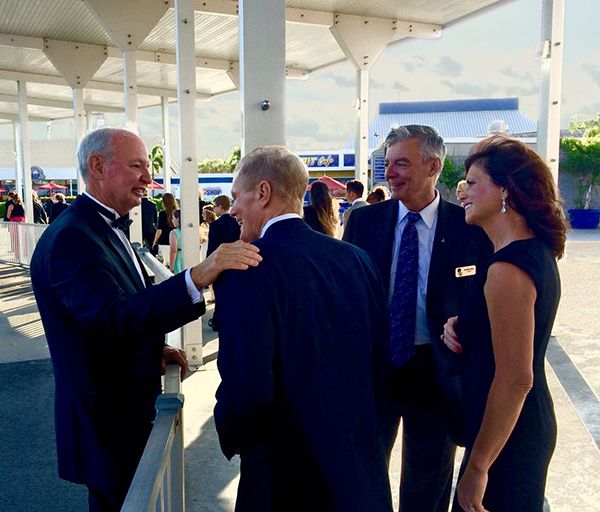 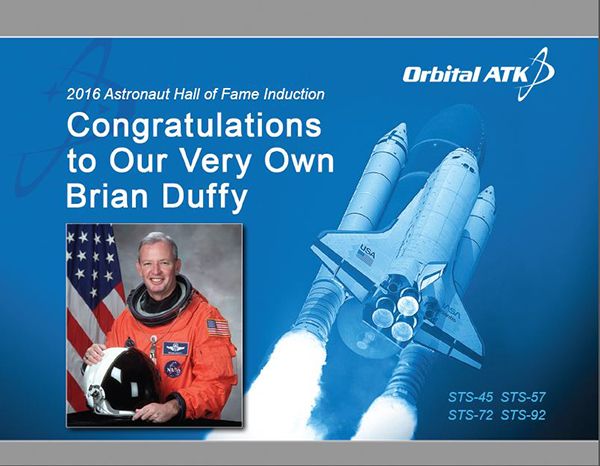