The lease for the 7,000-square-foot office space inside a 76,000-square-foot facility will accommodate employees working on the PSSC program and potential future programs with Hill Air Force Base. The facility gives the Air Force direct access to Orbital ATK program management and chief engineering oversight of the sustainment work for the Minuteman III boosters. Orbital ATK will continue to perform physical operations and testing in support of the Minuteman III booster at its Promontory, Utah, and Bacchus, Utah, facilities.

“We are very proud to be here at Falcon Hill and hope that our presence on base benefits our Air Force customer,” said Scott Lehr, President of Orbital ATK’s Flight Systems Group. “It will bring us closer together and give us the direct, quick access needed to run a program like this successfully.”

As part of the PSSC contract, Orbital ATK does daily aging surveillance and sustainment work on the Minuteman III boosters, including static-test firings, non-destructive testing, lab analysis and assembly/disassembly operations. The contract, signed in November of 2015, will provide full-time work for approximately 50 employees over the next five years. Program employees have been working off-site to support the PSSC contract while the facility was being built. 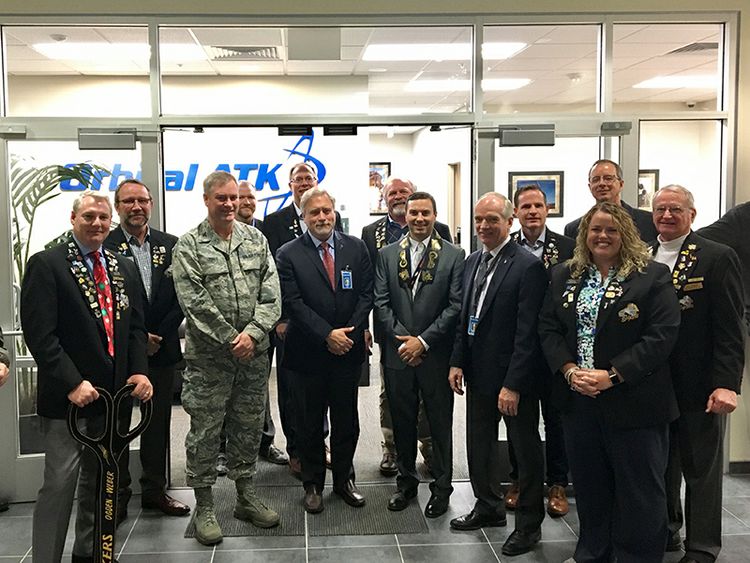 Orbital ATK has been a long-time supplier to the U.S. Air Force dating back to the start of the Minuteman program in the 1950’s.

“Two of our main facilities in Utah had a part of the Minuteman I program,” said Lehr. “The DNA in our company is very strong on this weapon system, and we are proud to be a part of it.”

As subcontractors to Orbital ATK, Boeing and Aerojet Rocketdyne also have office space in the new facility.