When all five segments are cast, they will be mated together to form a booster. When completed, two five-segment boosters and four RS-25 main engines will power SLS, with Orion atop, on deep-space missions, including to an asteroid and ultimately to Mars.

The solid rocket boosters - measuring 177 feet long and producing 3.6 million pounds of thrust - operate in parallel with the main engines for the first two minutes of flight. The boosters provide more than 75 percent of the thrust needed for the launch vehicle to escape the gravitational pull of Earth. Orbital ATK is prime contractor for the SLS boosters.

What is next? The aft segment will spend some time in X-ray, and the next segment for EM-1 will be cast toward the end of May. 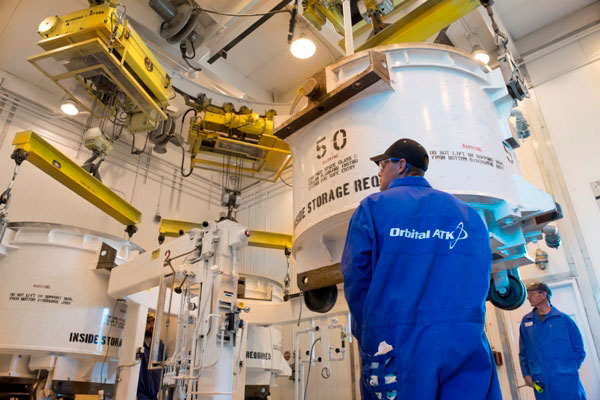 Orbital ATK technicians install a mix bowl into the casting station during the casting campaign for the EM-1 aft segment. 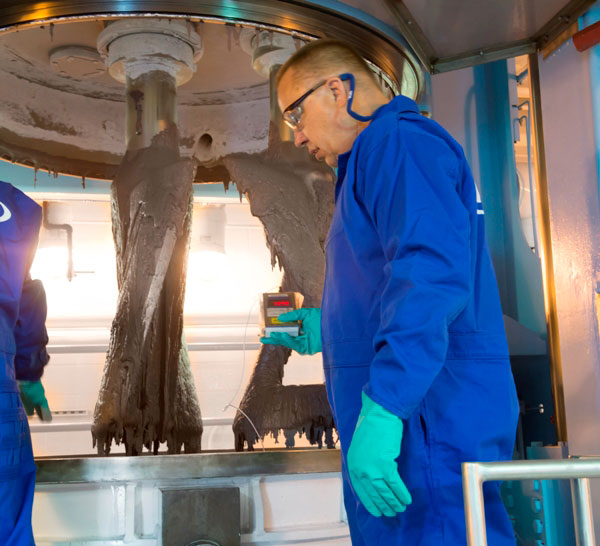 An Orbital ATK technician takes the end-of-mix propellant temperature during casting of the EM-1 aft segment. 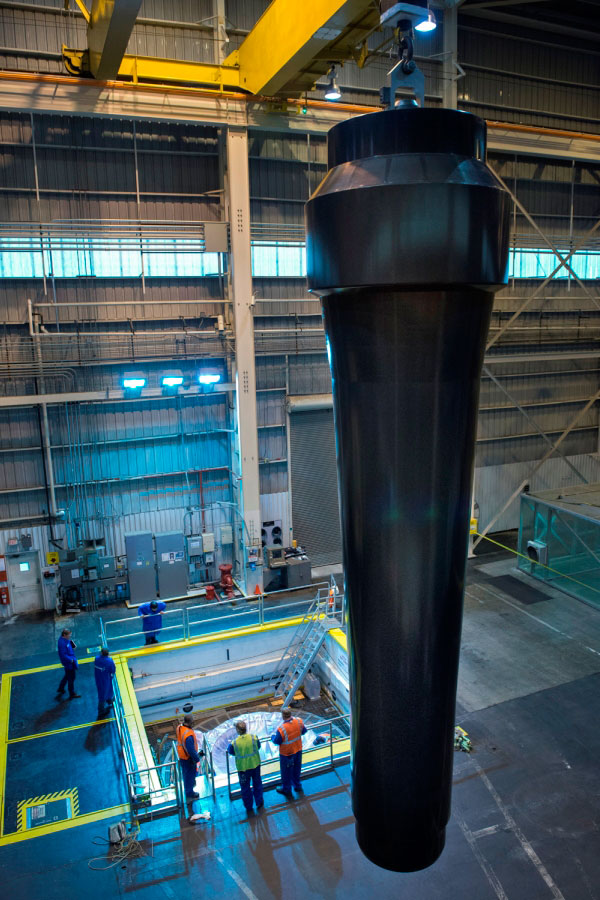 In preparation to cast the EM-1 aft segment, the aft core is moved to the casting pit and will be lowered into the aft motor case.