"Fostering student interest and achievement in the areas of science, technology, engineering and mathematics is a part of Orbital ATK’s core values,” said Antonio Elias, Orbital ATK’s Chief Technical Officer. "This Festival is a great opportunity for students, educators and members of the community to interact with our scientists and engineers and learn about what we do at Orbital ATK and the many real-world applications of STEM."

Orbital ATK exhibited three hands-on displays at the Festival, including: 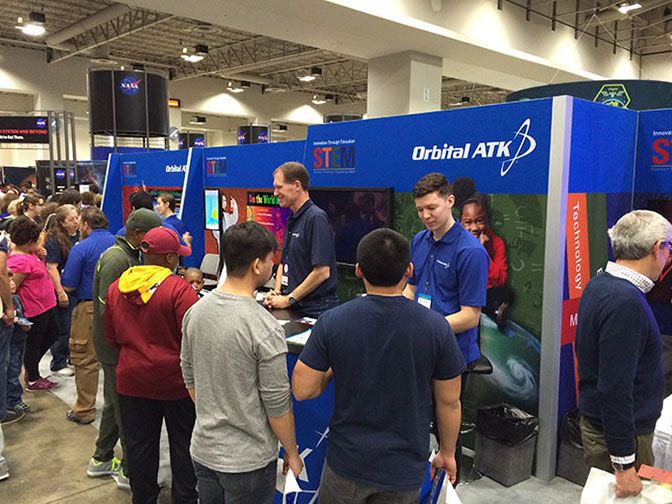 There was a great turnout at the Orbital ATK booth with steady traffic throughout the event. 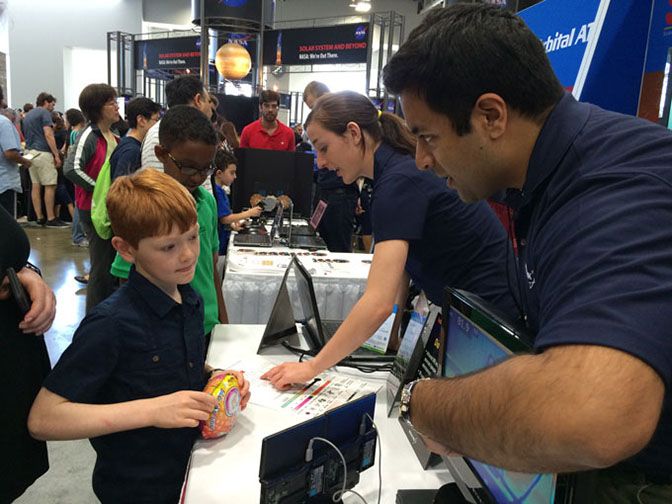 Visitors of all ages stopped by the Orbital ATK booth to learn more about Orbital ATK's technology, including the infrared (IR) sensing demonstration, shown here. 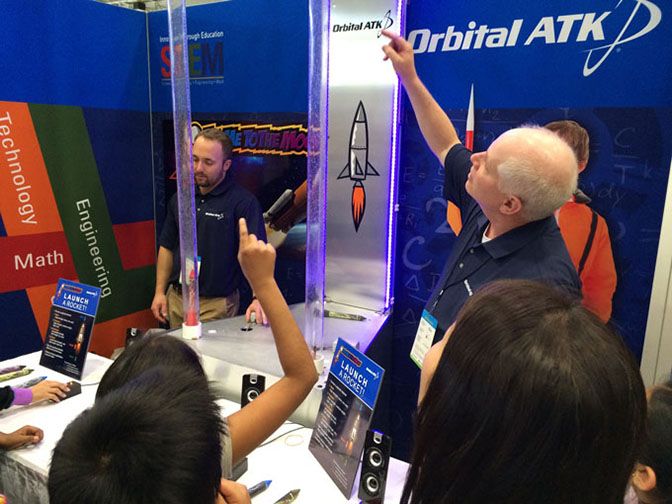 Students lined up to launch rockets with different sized payloads under variable forces. 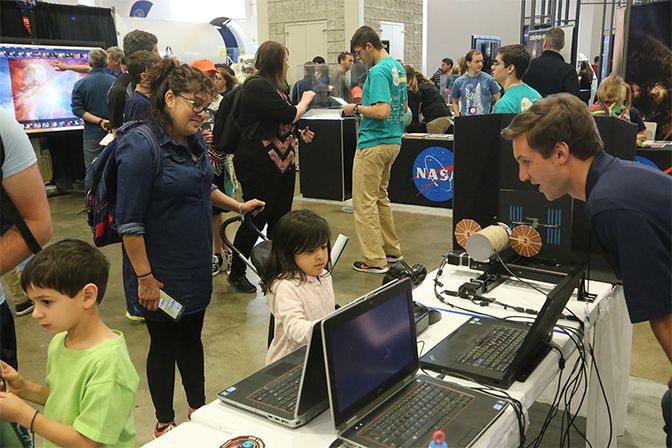 Parents and their children enjoyed all of the technology demonstrations that Orbital ATK offered during the festival. Here, a young participant learns about how the Cygnus spacecraft docks to the International Space Station.