In early August, a group of 25 Orbital ATK volunteers from our Chandler, Arizona site drove to Camp Rainbow, located in Prescott, Arizona, to host a fun-filled evening of rockets and science. The Phoenix Children’s Hospital’s Camp Rainbow is for children who have, or have had cancer or a chronic blood disorder. For one week every year, campers have the opportunity to enjoy fun and meaningful experiences, with others in a supportive environment full of activities. Camp Rainbow offers these kids and their families the opportunity to establish friendships and have fun.

“This was an incredible event to participate with,” said Camille Cisek, Vice President of Orbital ATK's Launch Vehicle Division Business Operations. “We were there to serve them, but their overwhelming happiness, excitement and perspective on life was uplifting to everyone involved.”

The night started out with a Skype call from former five-time astronaut and Orbital ATK Vice President, Kent Rominger that included a questions and answers session with the children. While most of the questions were about what it is like to live in space, a few of the older children asked more technical questions.

“I have done a lot of Q&A sessions with children and was surprised with the details and research that were behind many of the questions asked by this group,” said Rominger. “It was truly an honor to spend a little of my evening interacting with them.”

When asked how they knew to ask such detailed questions, one of the children responded, “We knew this could be an once-in-a-lifetime chance to speak to an astronaut, so we stayed up late last night researching everything about NASA and politics.”

One of the biggest highlights of the night - surpassing even a call from an astronaut and launching rockets - were the smiles from all those involved. 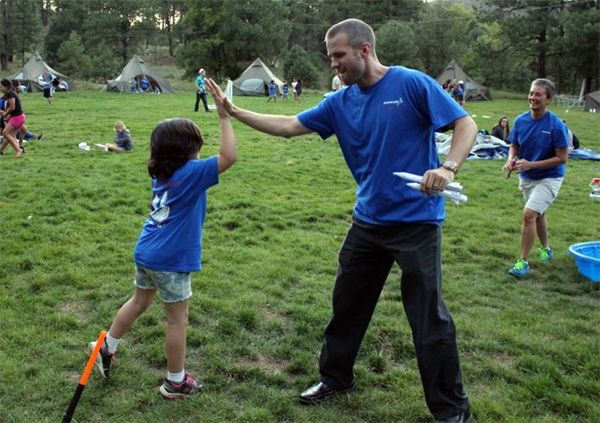 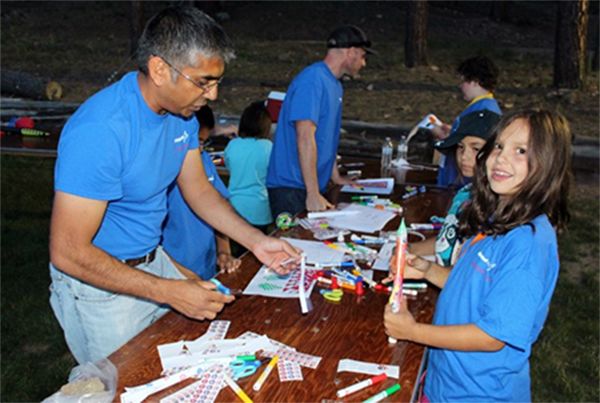 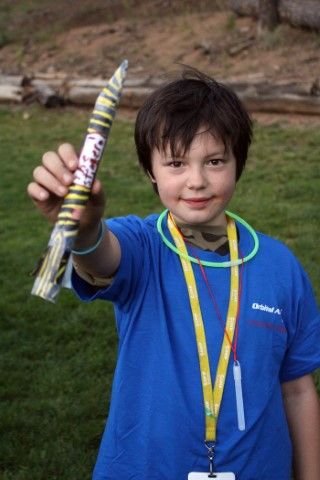 This young man shows off his paper rocket, “The Stinger,” before it made its launch debut.