Orbital ATK Employees Turn Toward the Sky for Solar Eclipse

Innovation Systems • Orbital ATK Archive
Share Tweet Share Email Print
Orbital ATK employees across the country gathered outside on Monday, August 21 to view the first U.S. coast-to-coast total solar eclipse since 1979. While most of the sites missed the "path of totality," or the areas that experienced total coverage of the sun by the moon, many of the locations were still able to witness the spectacular scene of a partial eclipse. Employees watched the event through special eclipse-safety glasses, homemade viewing devices and livestream broadcasts. 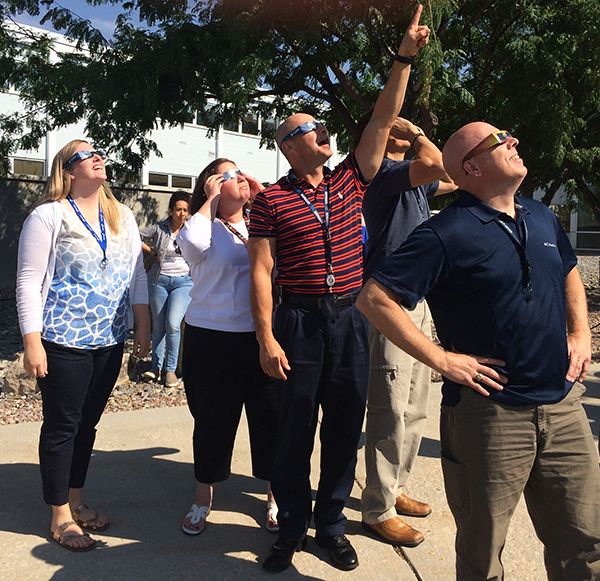 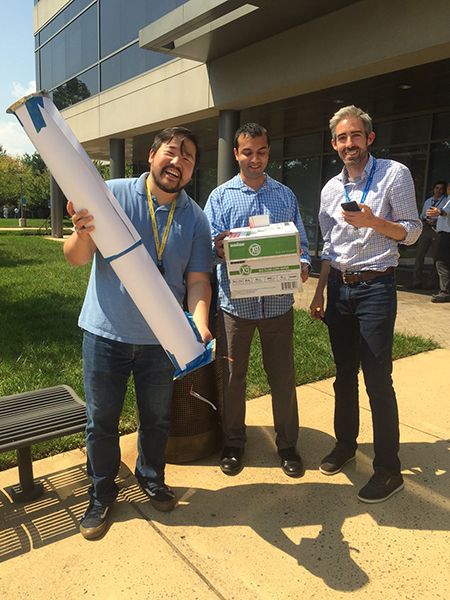 A group of engineers at the company's Dulles, Virginia, facility show off their homemade pinhole camera. 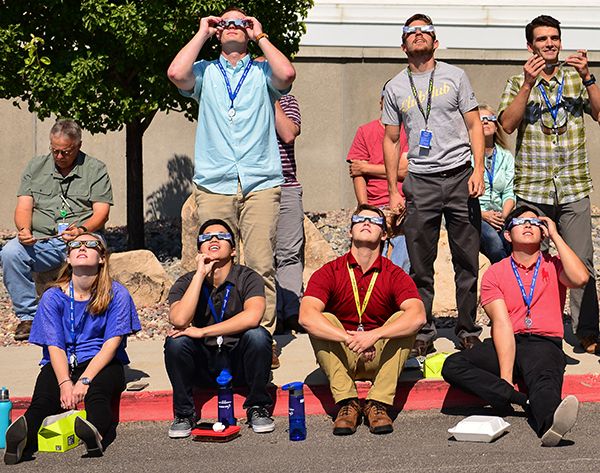 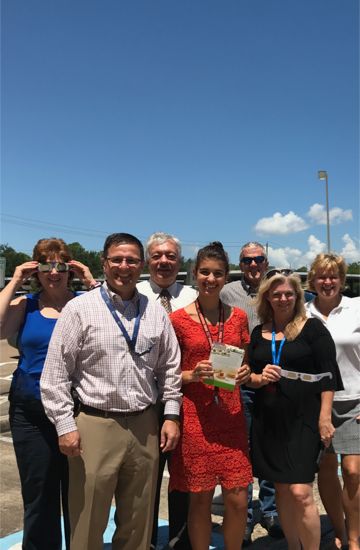 Employees based out of the company's Houston, Texas, office pose for a photo while viewing the eclipse. 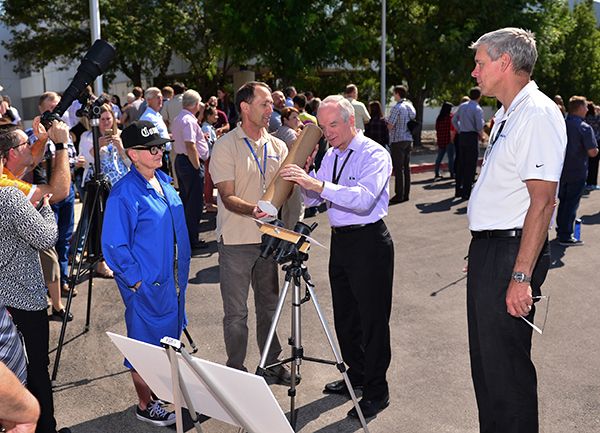 Orbital ATK employee Darrell Lynn uses a unique eclipse viewer made with a metal plate and water jet cutter to view the partial eclipse at Orbital ATK's Mesa, Arizona facility. The eclipse can be seen through the dot of the "I" in the Orbital ATK logo. 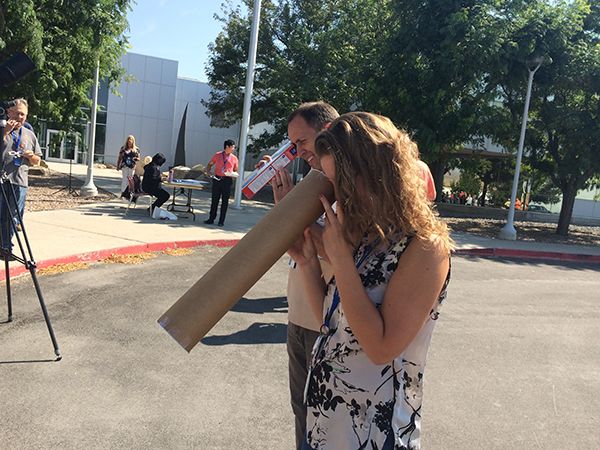 Employees in Utah view the eclipse with homemade pinhole cameras. 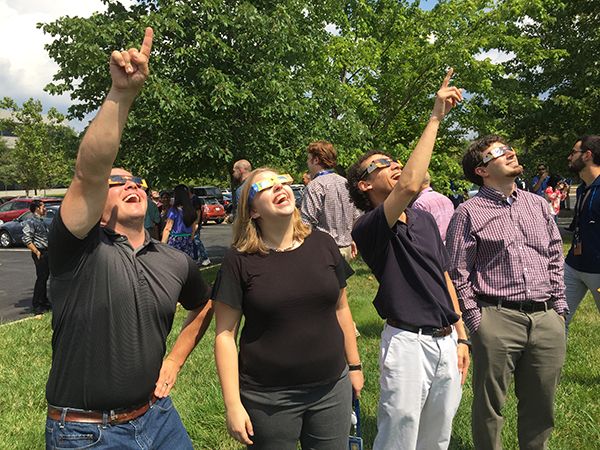 Orbital ATK employees at the company's Dulles, Virginia office gather outside to view the eclipse.