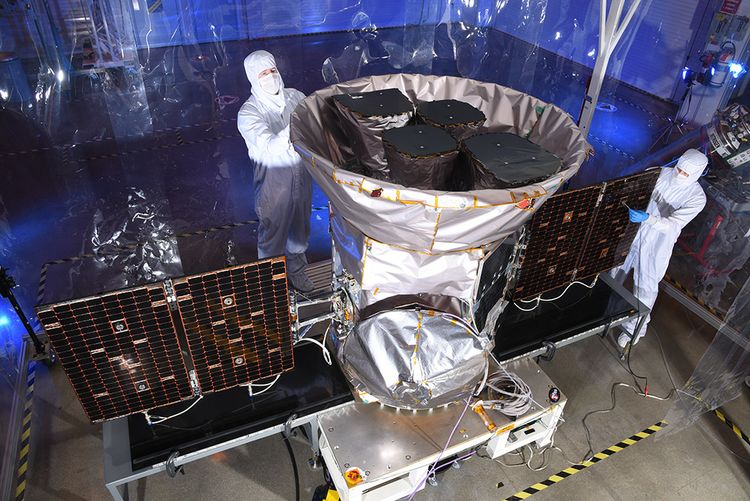 Throughout the initial two-year mission, the TESS spacecraft will be controlled from the Orbital ATK's Mission Operations Center in Virginia.

TESS will begin where NASA’s Kepler spacecraft left off, searching for exoplanets among other stars in the universe. TESS, however, has the ability to cover an area 400 times larger than that covered by Kepler. TESS will be the first-ever exoplanet satellite to perform a survey of the entire sky using four wide-field cameras to discover exoplanets orbiting nearby stars and will seek to identify habitable, Earth-like planets. TESS will further the study of small exoplanets, first discovered by Kepler, by examining an immense quantity of small planets that surround the sky's brightest stars. TESS stars will be 30 to 100 times brighter than those surveyed by Kepler, making the planets easier to characterize with follow-up observations that will provide planet masses, sizes, densities and atmospheric properties. 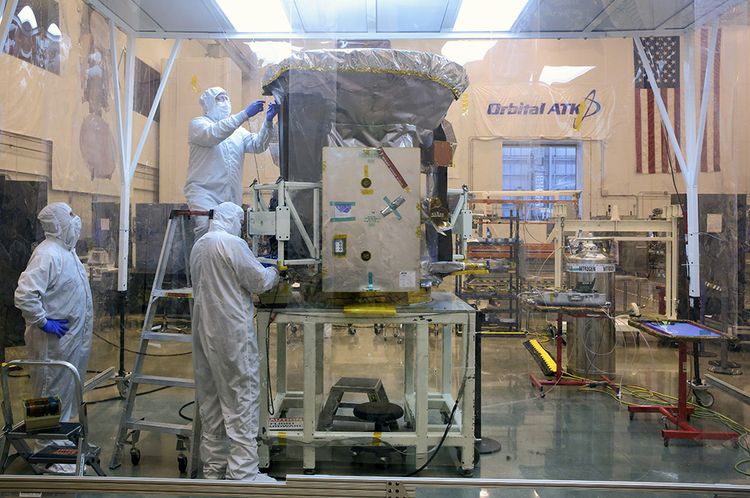 The TESS spacecraft was designed, integrated and tested at Orbital ATK's Dulles, Virginia, facility. Here, technicians are preparing the satellite for shipment to the launch site in Cape Canaveral, Florida.

TESS was built at Orbital ATK's Satellite Manufacturing Facility in Dulles, Virginia and is based on the company's LEOStar-2™ bus. Orbital ATK has a rich history of manufacturing small space science satellites. From small, low-cost missions like GALEX, used to explore the origin and evolution of galaxies and stars, to Dawn, the first mission of its kind to orbit two interplanetary bodies in the main asteroid belt between Mars and Jupiter, the company’s robust spacecraft platforms and comprehensive engineering have enabled many of the satellites, including both GALEX and Dawn, to significantly exceed their designed mission lifetimes. TESS marks the 31st science spacecraft Orbital ATK has built for NASA's research programs. 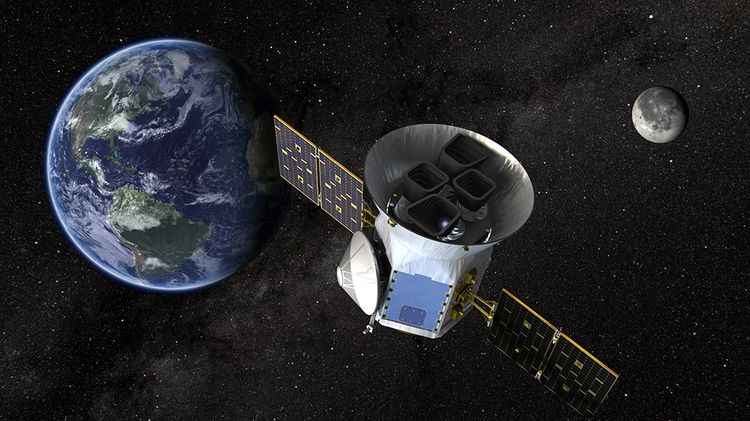 This artist's rendering shows TESS in orbit. The spacecraft is expected to discover more than 20,000 exoplanets during its two-year mission.

TESS, led and operated by the Massachusetts Institute of Technology, is a NASA Astrophysics Explorer mission managed by the NASA Goddard Spaceflight Center. During its initial two-year mission, Orbital ATK will be controlled from the company’s Dulles, Virginia, Mission Operations Center.