Innovation Systems • Orbital ATK Archive
Share Tweet Share Email Print
The Orbital ATK designed and manufactured Nuclear Spectroscopic Telescope Array (NuSTAR) scientific satellite is celebrating its fifth year of successful operations. The satellite launched aboard an Orbital ATK Pegasus rocket on June 13, 2012. NuSTAR was designed to help scientists answer fundamental questions about the universe, such as how the elements of the universe were created and what powers the most extreme active galaxies. 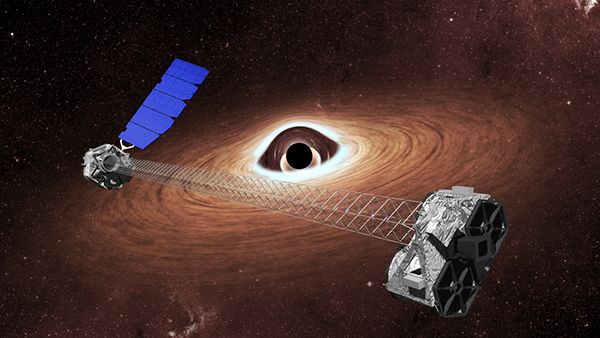 The science gathered from NuSTAR has made the news on several occasions with new data on everything from black holes to the sun.

The NuSTAR spacecraft is based on Orbital ATK's LEOStar-2 design. Learn more about the satellite here. 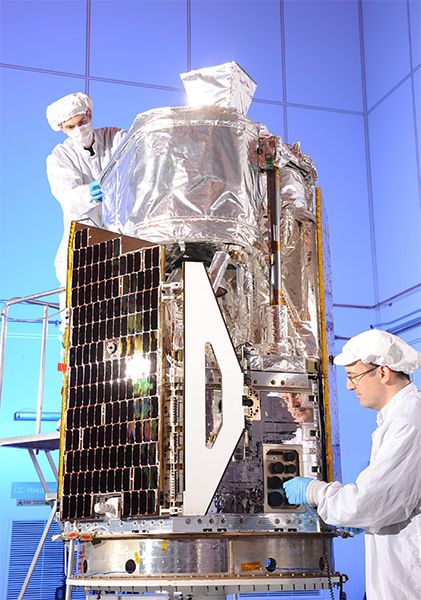 Orbital ATK engineers work on the NuSTAR satellite at the company's Dulles, Virginia facility prior to launch in 2012. 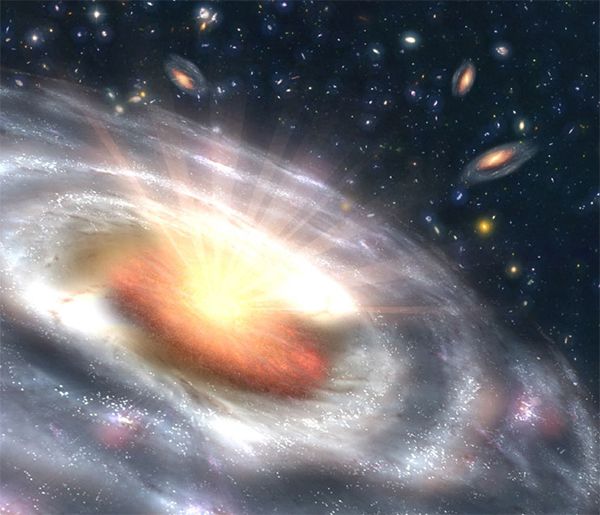 A growing black hole, called a quasar, can be seen at the center of a faraway galaxy in this artist's concept. (Photo courtesy NASA/JPL/Caltech)
]]>
Share Tweet Share Email Print