As aerospace and defense suppliers from across the country took their seats at Constitution Hall in Washington D.C., a gleaming 18-foot-tall OmegA rocket model on the stage commanded their attention. The event was the third annual OmegA suppliers conference, and judging from the overall reaction to the 1/12-scale model, the only thing the suppliers would have liked to see more was an actual rocket ready to launch. 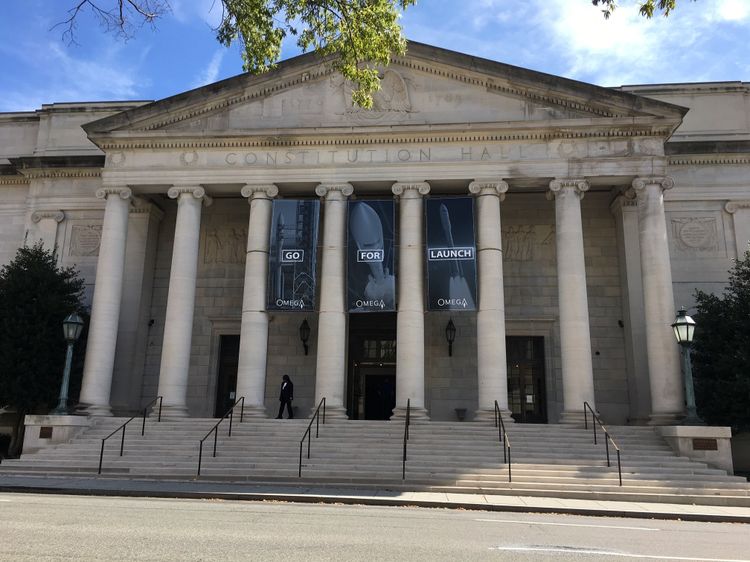 “On behalf of the OmegA program, we appreciate all of your contributions,” said Kent Rominger, vice president, OmegA business development, Northrop Grumman. “The OmegA team works as a true partner with the Air Force, and that partnership extends to our suppliers.” Rominger said key elements of this partnership are transparency, shared goals and 100 percent focus on the customer’s mission. His message resonated with attendees, who have one critical goal in common -- supporting the initial launch of OmegA from NASA’s Kennedy Space Center in early 2021.

Northrop Grumman hosted this event to share the team’s progress on the rocket and ground support systems, and apprise attendees of the program’s upcoming milestones. OmegA’s 146 suppliers, located in 32 states, provide everything from microchips, wire harnesses and cryogenic tank assemblies to entire rocket engines. For those who provide a single component, it was exciting to see hardware photos demonstrating how much the OmegA team has accomplished since Northrop Grumman received a Launch Services Agreement from the U.S. Air Force last year.

Mike Laidley, vice president, OmegA, Northrop Grumman, asked attendees to pass on to their teams his appreciation for all the hard work they have done so far. Then he shared with suppliers significant progress on each major subsystem, including the successful completion of the first static fire test earlier this year. 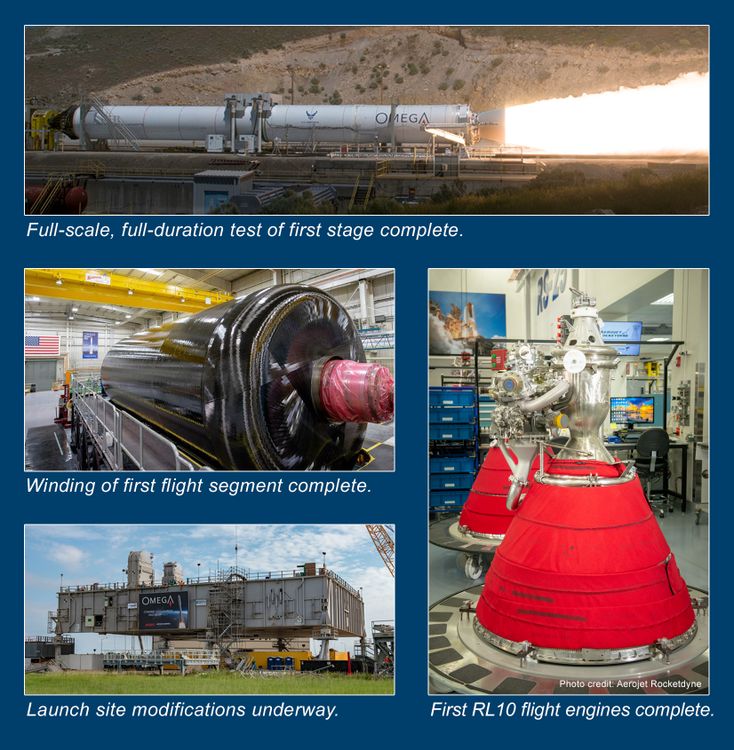 “Incredible collaboration and commitment has got us to where we are today and will carry us into the future,” said Kevin Wilder, program manager, OmegA, Northrop Grumman. “There has been really solid work with industry partners to meet national security space needs.”

Throughout the conference, Northrop Grumman stressed that each supplier plays a critical role ensuring assured access to space for the U.S. Air Force. At the end of the day, suppliers returned to their manufacturing plants carrying messages of appreciation and the value of true partnership. Every member of the team is doing its part to get OmegA ready to fly in 2021.