A shark moves through the water with speed and agility, always focused on moving forward. It is in this same vein that Northrop Grumman recently developed SharkSat, a pioneering payload to demonstrate on-orbit mission agility and meet demands for rapid development and deployment in space.

In January, after completing a three-month stay at the International Space Station hosted aboard the company’s Cygnus spacecraft, SharkSat spent two weeks orbiting the Earth and transmitting valuable telemetry and performance data back to mission controllers. 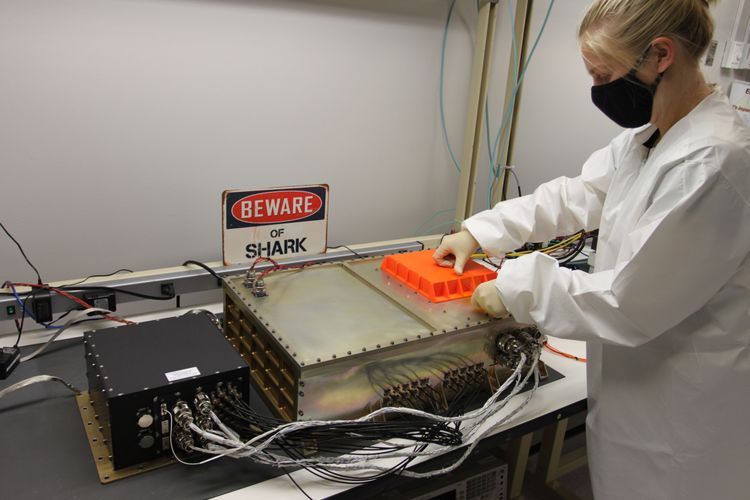 A Northrop Grumman engineer prepares SharkSat for integration with the Cygnus spacecraft.

During its mission, SharkSat successfully collected on-board data, which provided insight into the health and functioning of its electronic components after departing the space station. It also validated the ability to add new software to an in-flight satellite from a terrestrial ground station and demonstrated the resilience of these technologies through the South Atlantic Anomaly (SAA). The SAA is a region of space known to cause low-earth orbiting satellites to lose communication and their hardware to brown-out, interrupting operations.

Components of the payload included a multi-processor architecture to support space-to-space and space-to-ground communication targeted toward the development of a Ka-Band software defined radio. These technologies have uses in fields such as 5G telecommunications, satellite communications, and autonomous and cognitive systems. The SharkSat payload also offers a path for next generation space systems to have more capability, reduced size, weight and power (SWaP), lower cost and reduced development timelines. 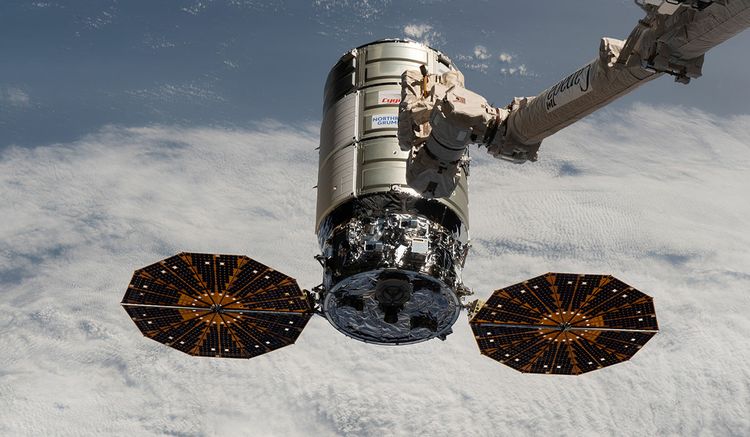 In January, after completing a three-month stay at the International Space Station hosted aboard the company’s Cygnus spacecraft, SharkSat spent two weeks orbiting the Earth and transmitting valuable telemetry and performance data back to mission controllers.

SharkSat serves as a stepping stone toward reusing these technologies for multiple applications in the future. Its improvements center around using advanced and higher performance components that are more capable, yet consume less power.

While the payload itself was created based on an agile development process, the team who made it possible was assembled with that in mind. The SharkSat team was comprised of early-career and experienced professionals that brought unique experiences and perspectives on how to achieve mission success. They put a premium on achieving quality through innovation and agility while taking calculated risks, testing thoroughly and tight collaboration.

“Engaging the full capabilities of our Space Systems team laid a collaborative foundation across the business,” said Dave Schiller, SharkSat program manager for concept development and engineering, Northrop Grumman. “Our partnerships, together with an end-to-end focus, created opportunities for making exciting new ideas a reality, allowing us to overcome challenges as a team and complete a successful mission.”

Along the way to mission success, Northrop Grumman’s SharkSat team put into practice flexibility, agility, hard work and an open-mind -- encouraging them to swim confidently forward to the next challenge.