When you think of a rocket launch, you probably imagine a glistening white cylinder emerging from a cloud of smoke and fire making its way into outer space. But while the sight of a launch may only last a few minutes, not many see the dedication, long hours and incredible team effort that made it all possible.

“It’s not the hardware or the software–it’s the people on the launch vehicle team and their expertise that are the keys to our continued success,” said Mark Ogren, director of strategy and technology, launch vehicles, Northrop Grumman.

Launch vehicles, commonly referred to as rockets, come in all shapes and sizes. Each rocket is designed, developed, and cared for by hundreds of people all with the common goal of providing an affordable and fast solution, culminating in a successful mission. Building a rocket takes incredible technical skill as well as patience, precision and testing.

And then it’s time for liftoff.

When asked if he’s nervous before a launch, Ogren stated he sleeps well the night before liftoff.

“Because we have the right experience, completed all the rigorous testing, and have the right team in place, we have confidence in the product and know we will have a successful launch,” said Ogren.

Northrop Grumman has 60 years of experience in the launch vehicles business and the breadth of the company’s rocket development expertise—from interceptors to space launch vehicles—is unmatched by others in the private sector.

Northrop Grumman’s origins in the launch business goes back to 1963. At the time, the company was focused on developing and launching small unguided rockets—designed to provide cutting edge services for a variety of customers. Some of Northrop Grumman’s first successful launch ventures included building special purpose rockets for the Department of Defense (DoD) and producing scientific research rockets for civil space customers, among other experimental efforts.

The next decade brought new opportunities for the company to expand its launch portfolio and set itself apart in the industry. In the 1970s, the company started developing payloads and conducting missile defense research for the DoD.

“At the time, we were conducting some of the first Attitude Control System tests as well as testing early capabilities that eventually became core components of missile defense systems used around the world today,” said Ogren.

The following decade, the company continued to work on unguided rockets and moved into producing some of the first guided launch vehicles with its Starbird vehicle. In addition, the company was starting to support countermeasures and building unguided targets for the DoD.

With over six decades of experience in the launch vehicles business, Northrop Grumman has accumulated a long list of accolades, but there are a few ingredients that are core to the company’s success. 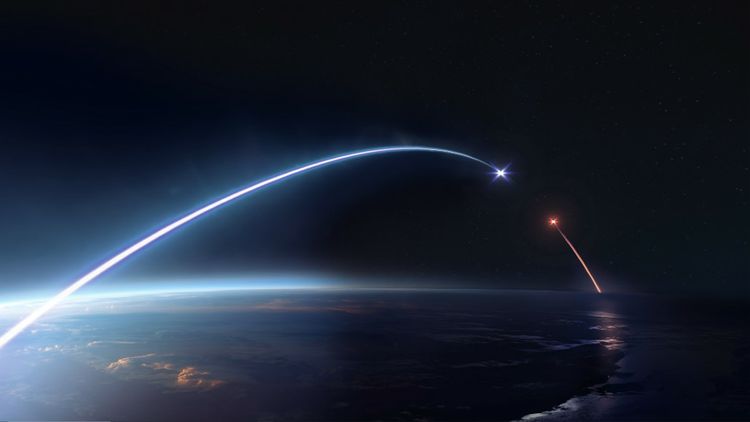 Northrop Grumman and Raytheon Technologies will deliver an NGI capability that helps ensure the DoD maintains the technological advantage needed to deter adversaries and protect the U.S. homeland from long-range missile threats for decades to come.

The Secret Ingredients of Success

Ogren was there for a number of launch vehicle accomplishments, challenges and industry firsts. But he will be the first to tell you that while one never wants to encounter a mistake, there is so much to be learned from it.

“Challenges help you develop lessons learned so that they are not repeated,” said Ogren. “They can be seen as an opportunity. It's a chance to reevaluate and come back stronger and those unique experiences are key ingredients to what sets us apart in the industry.”

This extensive experience is one of the core reasons customers continue to trust Northrop Grumman to accomplish some of the most challenging launch missions in the world.

“Our team has some of the most talented people in the industry and each person brings what they have learned from past launch programs and applies it to new projects,” said Ogren. “We empower our team to think outside the box, come to the table with new ideas, challenge the status quo, and push the boundaries of what’s possible.”

Ogren points to the company’s culture of empowering its people as another ingredient to Northrop Grumman’s continued success in the launch business.

The unique experiences of each person on the Launch Vehicles team, no matter the role, also contributes to Northrop Grumman’s ability to successfully move into new markets.

“To grow into new markets, we can’t rely on the same products. We have to find new ways to innovate and add value for the customer,” said Ogren. “That’s what we have always done—from interceptors to targets—we are consistently innovating.”

As one example, this unique combination of talent, experience and innovation can be seen in Northrop Grumman’s efforts on the Next Generation Interceptor (NGI) program.

In March 2021, Northrop Grumman was awarded a Missile Defense Agency (MDA) contract that calls for the rapid development and flight test of an interceptor designed to defend the nation against complex long-range missile threats. Leveraging its deep industry talent and extensive flight-proven launch and missile defense experience, Northrop Grumman strategically teamed with Raytheon Technologies, a leader in Exoatmospheric Kill Vehicle technologies. Together, the companies will deliver an NGI capability that helps ensure the DoD maintains the technological advantage needed to deter adversaries and protect the U.S. homeland from long-range missile threats for decades to come.

As the NGI program moves forward, the Northrop Grumman and Raytheon team will focus on bringing a unique and extensive blend of talent, experience and innovation to deliver a highly capable, affordable and low-risk NGI solution that meets the customer’s schedule and mission requirements.

Today, Northrop Grumman’s Launch Vehicles Business has accumulated over 65 rocket configurations that have successfully flown for customers. The business produces an average of two new launch vehicle configurations each year.

Having completed successful launches in over 30 locations around the world, the team is looking to set a new record with the number of launches it has planned for this year.

As the business continues to grow, the core ingredients will remain the same and Northrop Grumman’s launch vehicles business will continue to provide successful access to space for our customers.

These are the views of Northrop Grumman and do not imply endorsement by the Missile Defense Agency.