On the evening of April 26, the space industry recognized its shining stars at the annual Rotary National Award for Space Achievement (RNASA) Foundation awards gala. With CNBC reporter Morgan Brennan as master of ceremonies, the Foundation celebrated notable contributions to our nation’s space program.

RNASA was founded in 1985 to organize and coordinate an annual event to recognize outstanding achievements in space and create greater public awareness of the benefits of space exploration. Since 1989, the Foundation has presented the National Space Trophy to an outstanding individual who has made major contributions in space achievement. Former NASA astronaut Frank Culbertson presented this year’s National Space Trophy to David W. Thompson, retired founder, CEO and president of Orbital ATK, now Northrop Grumman Innovation Systems. 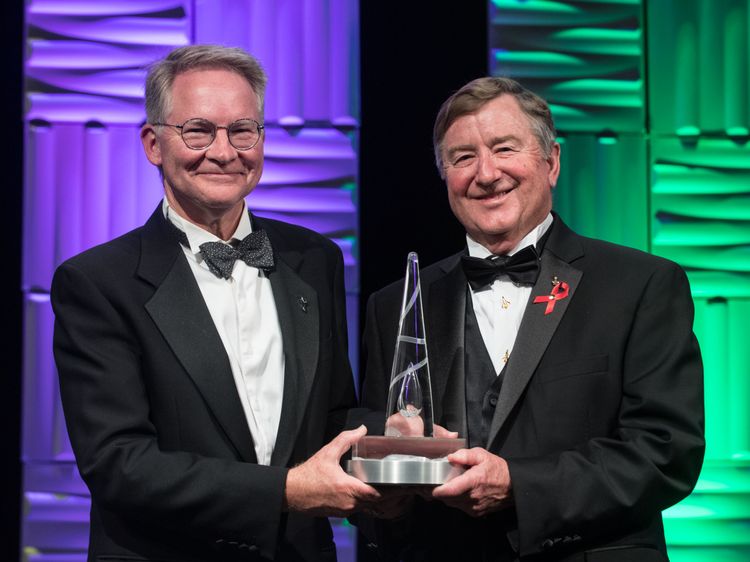 RNASA also presents the Stellar awards to outstanding individuals in the industry in the team and early, mid and late career categories. Winners are selected by a Stellar Awards Evaluation Panel based on which accomplishments hold the greatest promise for furthering future activities in space, the extent to which the nominee played a key role in the accomplishment and the extent to which the nominee meets the goal of recognizing "unsung heroes."

The Stellar Award winners each received engraved marble trophies. At the banquet, astronauts Colonel Mark Vande Hei and Dr. Shannon Walker presented trophies to each of the winners.

Northrop Grumman is proud to have had two individual winners take home awards this year. Congratulations go out to Kathleen S. Bonner and Cassie Wong for receiving the Early Career Stellar Award. 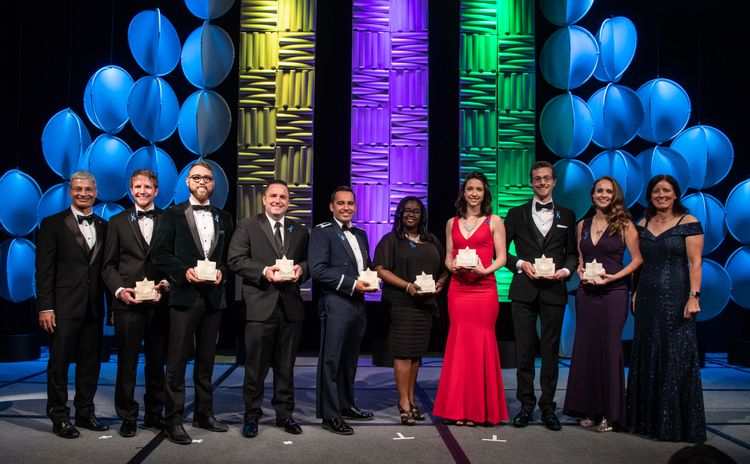 The list of all Northrop Grumman nominees are as follows: