When considering that a full calendar year has 8,760 hours and a commercial airliner can be in service for about 30 years (or around 165,000 flying hours), then achieving a continuous performance milestone of 65 million hours is truly out of this world – exactly where Northrop Grumman navigation technology has been operating for decades.

In 2022, Northrop Grumman’s hemispherical resonator gyros (HRGs), sensors known for their unmatched reliability on commercial, government and civil space missions, successfully performed for more than 65 million hours in space without a single mission failure. More than 200 Northrop Grumman HRG navigation units are operating in spacecraft orbiting the Earth and exploring the outer reaches of the solar system. 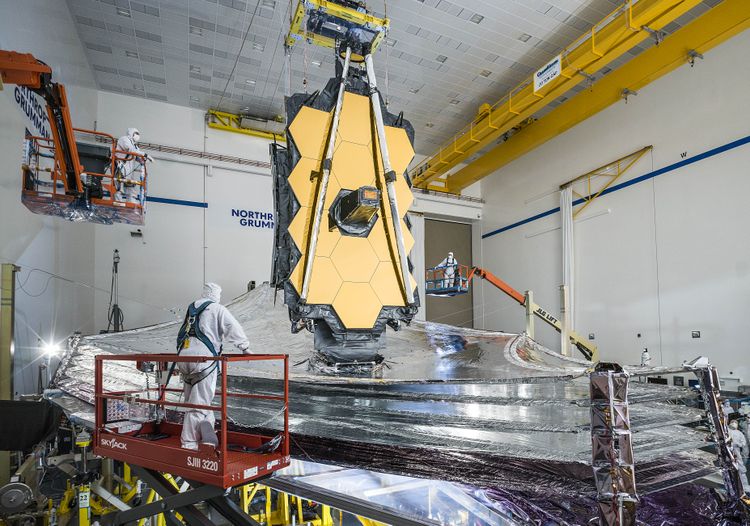 The company’s HRG technology has contributed to the success of spacecraft and satellites for nearly 30 years. One reason for the HRG’s success is that it’s inherently radiation hardened – meaning its electronic components are shielded against radiation exposure, extreme temperatures and aging effects.

The SSIRU and Seeing Into Deep Space

Visiting a Planet? Pack a SSIRU

In addition to being integral components aboard many commercial satellites circling the globe, the company’s SSIRU has proven its performance during numerous deep space missions to explore other planets. A Northrop Grumman SSIRU was on board NASA’s MESSENGER mission to fly by and photograph Mercury when it launched in 2004. The SSIRU also enabled the probe to move on from Mercury and fly around Venus in 2006. By the time the mission ended in 2015, NASA's MESSENGER had traveled more than 8.7 billion miles.

NASA’s Cassini mission to Saturn, launched back in 1997, also relied on SSIRU navigation to explore the ringed planet and several of its moons, including flybys of Titan and Enceladus. After traveling for six years and about 2.2 billion miles through the solar system, Cassini finally arrived in the Saturn system in June 2004.

Northrop Grumman’s SSIRU technology will be featured on NASA’s SPHEREx Observatory that’s set for launch in June 2024. Over a two-year planned mission, SPHEREx will collect data on more than 300 million galaxies and more than 100 million stars in the Milky Way to explore the origins of the universe.

The company’s SSIRU will also be carried aboard NASA’s Nancy Grace Roman Space Telescope, which will observe explosions caused by the collisions of dense, massive stars. The telescope is set to launch in May 2027.

The HRG is ideal for space missions lasting more than 15 years. For future spacecraft missions intended for shorter lifespans, Northrop Grumman is developing the milli-Hemispherical Resonator Gyroscope (mHRGTM) to be featured in the new LR-450 Inertial Measurement Unit (IMU). Designed for smaller platforms requiring a lower-weight, lower-cost solution, the LR-450 will include proven HRG technology.

“As industry leaders in HRG and SSIRU technology, we are well-positioned to meet the current and future space navigation needs of satellite and spacecraft customers,” said Larry Hershman, program manager, navigation, targeting and survivability, Northrop Grumman. “By focusing on high accuracy, precision and durability combined with size, weight and power specifications, Northrop Grumman navigation devices have enabled journeys covering billions of miles throughout the solar system and beyond.”

Whether they are guiding spacecraft across the vast extensions of the galaxy or stabilizing on-board cameras to capture jaw-dropping images of stars, planets and worlds that are light years from Earth, Northrop Grumman’s HRG and SSIRU space navigation technology keeps setting new performance standards on a continuing mission to define possible.