A Sabreliner jet operated by Northrop Grumman for decades as an aerial detection and characterization target for radar development has been given another chance to serve.

The aircraft was built in 1972 and retired from the company’s Baltimore-based flight test fleet in 2018. But instead of being scrapped, the twin-engine, mid-size jet has been donated to Maryland’s Anne Arundel County Public Schools (AACPS) for use as an aviation training aid. 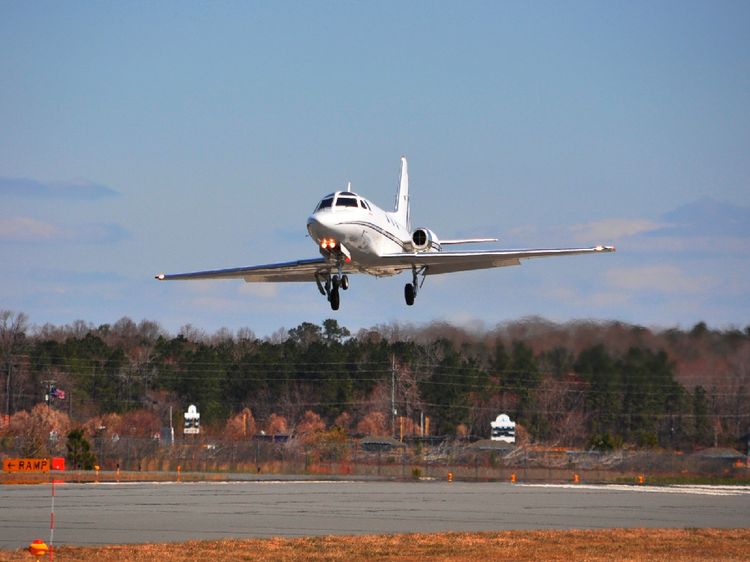 “This particular Sabreliner has both historical significance to Northrop Grumman and practical applications as a training aid for AACPS – so its preservation is a win-win for us and the county,” said Jeanie Wade, vice president, operations, Northrop Grumman Mission Systems. “N160W has played a role in every significant Northrop Grumman air-to-air and surface-to-air radar development program for the past 30 years. We’re glad to see AACPS adopt it to train the next generation of aviation technicians.”

Northrop Grumman operated two Sabreliners, which started their careers as former Westinghouse executive transport aircraft before being repurposed as flight test assets. They were part of Northrop Grumman’s fleet of modified commercial aircraft used for hardware and software development.

The white aircraft (N160W) given to AACPS was lightly modified to provide airborne testing support with electronic jamming and countermeasures capability. Being closer to the original Sabreliner configuration, it is well-suited for the role of training aid. 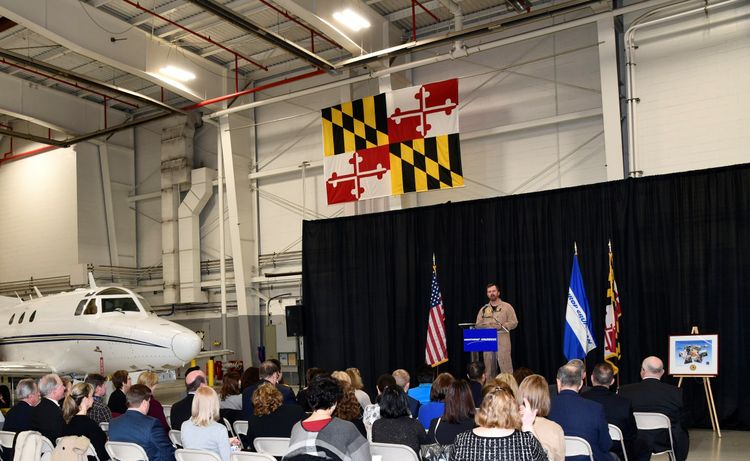 The second “Silver Sabreliner” (N168W) was heavily modified to fly F-16 fighter aircraft radars for the U.S. and its allies, from the AN/APG-66/68 up to the new AN/APG-83 Scalable Agile Beam Radar. Distinguishable by its metallic airframe, the aircraft moved to permanent display at the National Electronics Museum in November.

“The aviation industry continues to break barriers in the skies both for military and commercial applications,” said George Arlotto, Anne Arundel County Public Schools Superintendent. “Our students want to be a part of that innovation, we want to help them be a part of it, and our partnership with Northrop Grumman and Tipton Airport is a key part of making that a reality. Our students thrive when we and our partners provide opportunity and access.”

A ceremony marking the transfer of aircraft N160W to AACPS was held on Dec. 9 at the Northrop Grumman flight test facility in Linthicum, Maryland. The two Sabreliners had been a common sight in the sky over Maryland until their retirement, but the baton has now passed to a newer fleet of test bed aircraft now supporting Northrop Grumman’s radar development work. 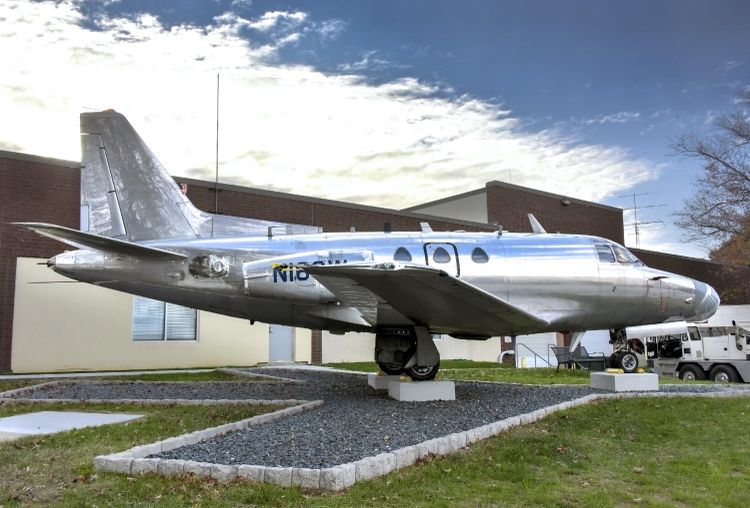