Northrop Grumman and the U.S. Air Force are continuing enhancements to the B-2 Spirit Stealth bomber fleet providing new capability, including its first long-range stealth missile. 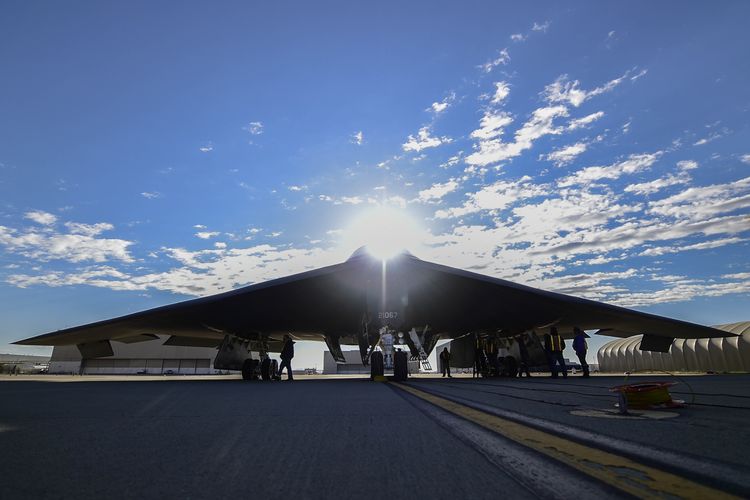 Northrop Grumman aircrew inspect the B-2 Spirit of Arizona before take-off in Palmdale, California.

The B-2 successfully released a Joint Air-to-Surface Standoff Missile – Extended Range (JASSM-ER) during a flight test in December. The JASSM-ER further enhances the B-2’s ability to hit any target, anywhere. The integration of JASSM-ER enables the delivery of a low observable asset capable of traveling greater distances than its predecessor.

JASSM-ER is one of three new advanced capabilities being introduced to the B-2 to further modernize the platform. The B-2 fleet, capable of delivering both conventional and nuclear ordnance, is also integrating crypto modernization and a Radar Aided Targeting System (RATS). The latest system advancements are part of integrated functional capability (IFC) P6.4, which was certified last year by the Air Force. RATS will complete the latest phase of nuclear modernization of the B-2 Spirit.

“The unrivaled capabilities of the B-2 make it the only long range, penetrating stealth bomber currently in the U.S. arsenal,” said Shaugnessy Reynolds, vice president and B-2 program manager, Northrop Grumman. “Committed to continued modernization of the B-2, we’re leveraging our company’s innovation in digital engineering and its decades of leadership in designing and maintaining low observable platforms to keep the B-2 Spirit mission ready.”

The integration of RATS allows the B-2 to fully employ the B-61 mod 12 nuclear bomb.  RATS is the key element of the nuclear modernization, as GPS may not be available during a bomber task force mission.

The capabilities of this IFC continue to position the B-2 fleet as a key component of the Department of Defense’s nuclear triad. It is also part of Northrop Grumman’s ongoing modernization efforts leveraging 21st century technology incorporating digital engineering.

The B-2 at 30: Evolution of the Stealth Bomber