In today’s fast-paced world, there’s a common phrase that many know only too well to be true: “The only constant is change.” While that may accurately reflect some facets of today’s environment, Northrop Grumman has proven that a commitment to top performance, reliable outcomes and the highest qualities of service can underpin a relationship for decades on end. In 2016, the company is celebrating a more than 60-year legacy supporting the Air Force’s Intercontinental Ballistic Missile (ICBM) program. 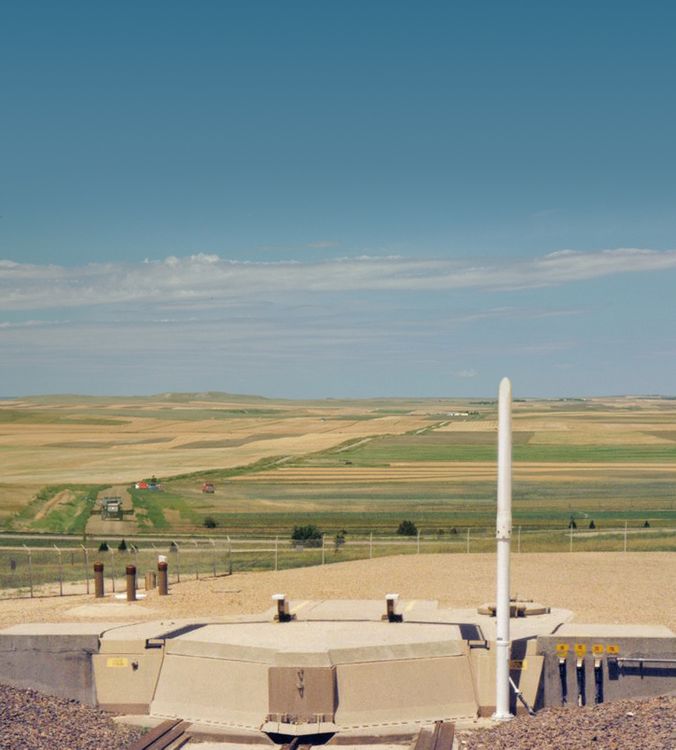 An ICBM silo location, part of a network of Minuteman launch facilities and missile alert facilities, all in support of command and control for deployed ICBMs across five states.

“Si Ramo and the Ramo-Wooldridge Corporation were the pioneers of this capability for our nation,” said Chris Jones, sector president and corporate vice president, Northrop Grumman Technology Services. “Throughout our 60-year ICBM heritage, the Ramo-Woolridge / Northrop Grumman collaboration directly supported the Air Force’s unprecedented levels of mission success and peace through reliable deterrence, ensuring the safety and security of our nation and our allies.”

In December 1997, the ICBM program structure transitioned from a group of associate contractors reporting to an Air Force System Program Office, to a team of subcontractors reporting to a single prime integration contractor—known as the ICBM Prime Integration Contract (IPIC). Northrop Grumman competed and won the multi-billion dollar contract as prime integration contractor supporting ICBM sustainment and modernization from January 1998 to June 2016, tasked with ensuring 24/7 mission readiness for the entire weapon system.

Northrop Grumman’s program management supported the land-based ICBM force through a team of more than 1,200 subcontractors working 30 to 50 contracts at a time, at 50 U.S. locations. In addition to overall program management of this multi-billion dollar program, Northrop Grumman provided assessment, and engineering services in maintaining ICBM readiness, reliability, availability, accuracy and survivability. 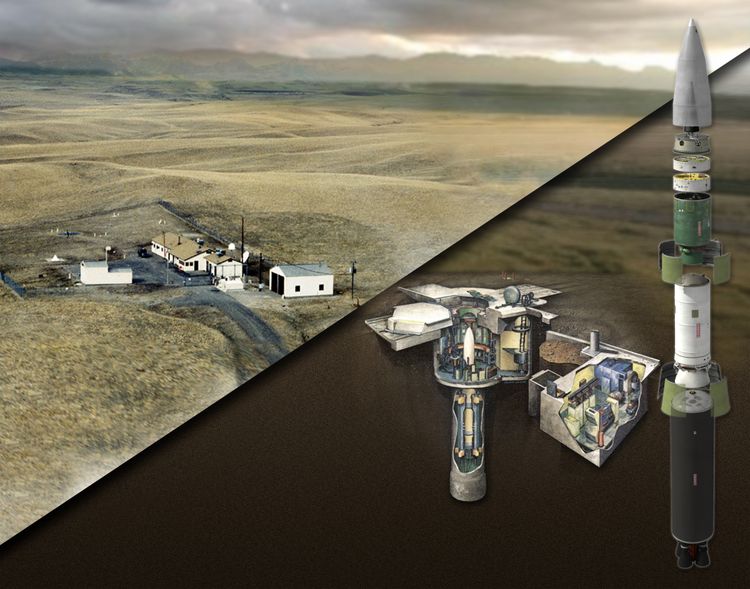 Northrop Grumman has been privileged to support the Air Force in development and sustainment of every new ICBM weapon system since 1954, and acted as lead designer of every major modification from 1998 to 2016. The team provided invaluable expertise in engineering of systems, strategic communications, reliability and hardware; software development; and management of major subsystem subcontractors, system integration, and testing. Major modifications have included:

In 2013, the Air Force began replacing the IPIC with the Future Intercontinental Ballistic Missile Sustainment and Acquisition Construct (FISAC). Under the FISAC, the Air Force re-assumed the lead systems integration role, supported by an integration support contractor and a team of subsystem contractors. With the conclusion of recent transition efforts in support of the FISAC construct, Northrop Grumman completed sustainment work and management on the IPIC earlier this year.

The Air Force customer rated Northrop Grumman’s performance as “excellent” for the final IPIC program periods of performance, consistent with performance ratings earned over the life of the contract. This included the team’s provision of valuable program insights, best practices and lessons learned from 18 years of experience on the contract, enabling a seamless transition of the lead integration role back to the Air Force.

“As the Partial Bridge Contract has come to an end, I would like to commend Northrop Grumman for their accomplishments over the last 18 years,” said Major General Scott Jansson, U.S. Air Force. “The ICBM Systems Directorate has benefitted from working with Northrop Grumman’s unique experience and highly specialized expertise to meet the warfighter’s needs.  Throughout this contract, you’ve provided an effective deterrent and affordable global missile force, ensuring the security of our nation, and others around the world.”

ICBMs provide a safe, secure, reliable and strategic deterrent that continues to ensure security and safety against threats by deterring potential adversaries, dissuading would-be aggressors, and assuring allies of our reliability in fulfilling global security commitments. 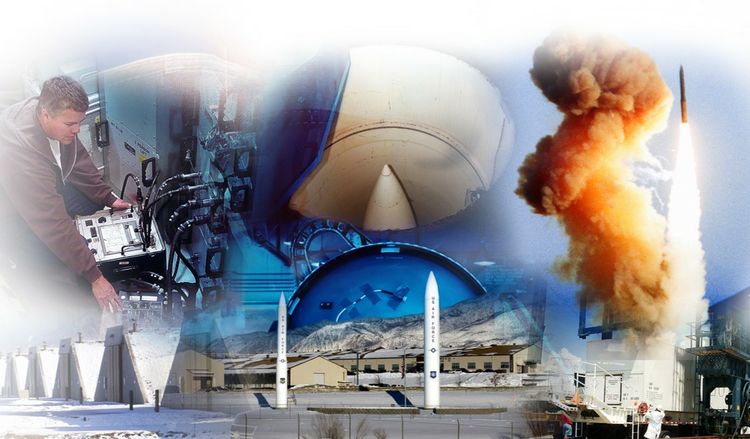 Northrop Grumman’s legacy on the IPIC dates back more than 60 years, having supported the Air Force in development and sustainment of every new ICBM weapon system since 1954, and acting as lead designer of every major modification from 1998 to 2016.

“Through our sustainment efforts and highly successful modernization and life-extension programs over the past 18 years, the ICBM force is capable  of providing effective strategic deterrence through 2030,” said John Parker, vice president and general manager, global logistics and modernization division, Northrop Grumman Technology Services. “Northrop Grumman is proud of our role supporting the Air Force on one of the nation’s most critical weapon systems, and we look forward to future opportunities to build on our one-of-a-kind legacy of ICBM expertise.”

Today, Northrop Grumman is the industry lead on ICBM’s Ground Subsystems Support Contract, performing sustainment, development, production and deployment of hardware and system modifications for Ground and Airborne Launch Control Systems, launch facilities and associated infrastructure. These hardware and software modifications extend the life of the 450 Minuteman launch facilities and 45 launch control facilities for command and control of 400 deployed ICBMs across five states, protecting our nation, assuring our allies and deterring our enemies.

Northrop Grumman is bringing unique expertise and capabilities based on this experience to the next-generation ICBM system, the Ground-Based Strategic Deterrent. This effort represents the first major upgrade of the system in more than 20 years, and Northrop Grumman has submitted a proposal to the Air Force for the first phase of the modernization effort, called Technical Maturation and Risk Reduction. 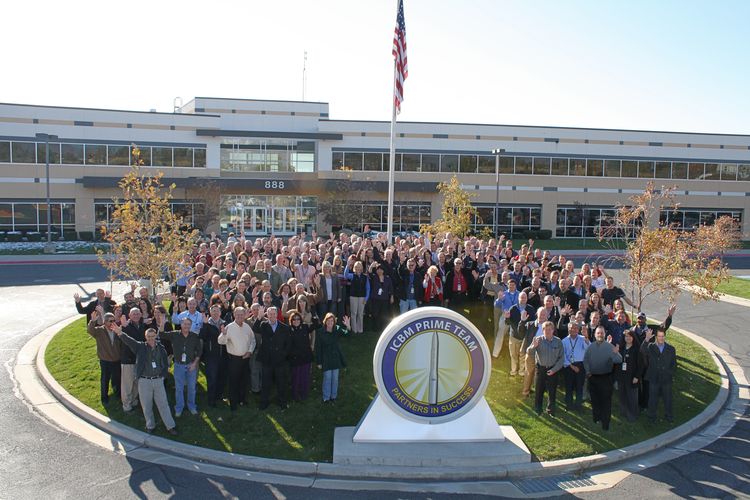