Miranda is a military training manager for Northrop Grumman’s Integrated Air and Missile Defense (IAMD) Battle Command System (IBCS). After tag-ups every morning with U.S. Army leaders and his team of trainers, Miranda visits each of six IBCS Engagement Operations Centers (EOCs) deployed at sites across the large expanse of the test range. 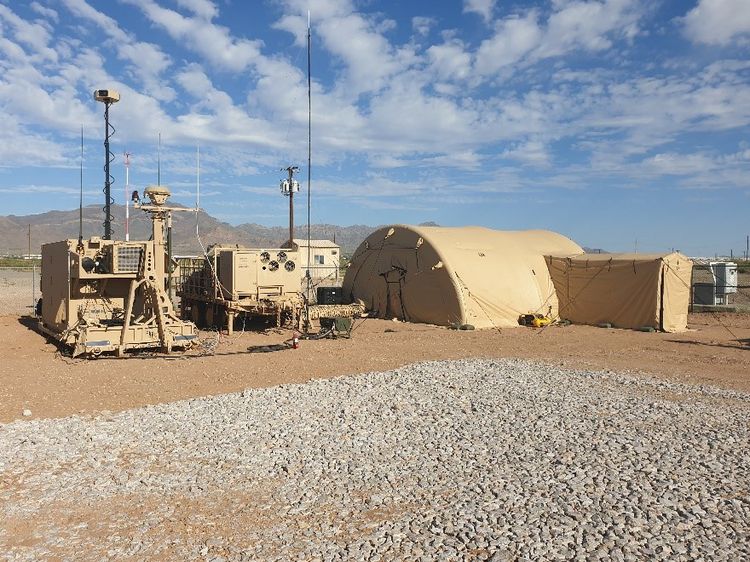 Inside the desert-tan EOCs and attached tents, soldiers of 3-43 Air Defense Artillery (ADA) Battalion and 3-6 Air and Missile Defense Test Detachment are mastering IBCS – the revolutionary next-generation U.S. Army air defense command and control weapon system. For decades to come, IBCS will protect them and troops around the world from a variety of aerial threats including cruise and ballistic missiles and unmanned aerial systems (UAS).

Miranda and the Northrop Grumman trainers are working with the soldiers, to ensure the IBCS operators learn everything about the system – from quickly setting up the system in a tactical environment, to operating IBCS against a simulated threat. His team ensures soldiers are adept in the latest version of software, and able to employ the revolutionary new capabilities of IBCS for maximum system performance and effectiveness.

Miranda knows the air defenders will depend on IBCS to keep themselves and their colleagues alive. “Train like you’re training your brother and sister,” he tells his team.

For months, these soldiers have received direct training at the controls of IBCS at Fort Bliss, Texas, and demonstrated the system to destroy two incoming cruise missile targets simultaneously during the sophisticated Flight Test 5 last December at WSMR. Now they are in the final round of preparation and training for the system’s most demanding trial yet: a multi-week Army Limited User Test (LUT) that begins in July.

The LUT is a pivotal milestone in the defense acquisition process. It determines whether a system will cross the threshold from the engineering and manufacturing development (EMD) phase to the production and deployment phase through “Milestone C” – fielding the system to soldiers. It’s a realistic operational test intended to simulate real-world operations and places extraordinary performance stresses on the system to ensure it will perform as intended and under the most rigorous circumstances once deployed. Data collected during the LUT will inform senior Army leaders how effective, suitable and survivable the system is when operated by soldiers. 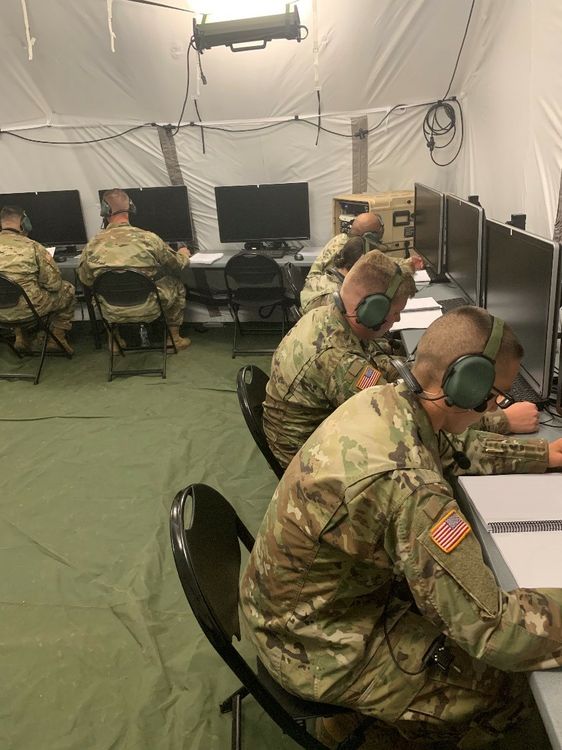 A LUT conducted in early 2016 was the first operational test of IBCS, and lessons learned then have resulted in a substantially improved system. Since 2016, IBCS has passed a number of important development milestones, including two groundbreaking flight tests, and numerous soldier and system integration check-out events, demonstrating the program’s objectives are achievable, the architecture is sound, and the system is mature. “This LUT is another major milestone for IBCS,” said Mark Rist, Northrop Grumman’s IBCS program director. “All the preparation and successful tests have led us to where we are now – clearing the final hurdles before this transformational system goes into production.”

The LUT is not just one, but a series of tests designed to assess the capabilities of the system in an operational environment. As a real-world test, there will not be many Northrop Grumman boots on the ground during the LUT, but teams will stand by and support any Army requests. 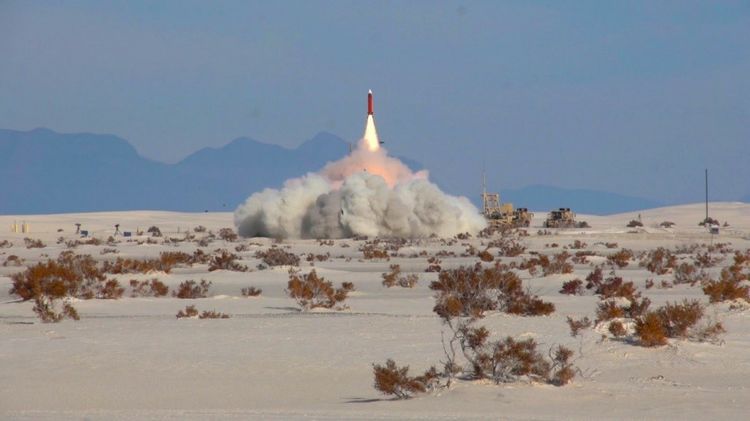 An interceptor missile is launched by U.S. Army soldiers at White Sands Missile Range during Flight Test 5 (FT-5), December 12, 2019. This test was the most sophisticated and difficult development test yet for the Army’s Integrated Air and Missile Defense (IAMD) Battle Command System (IBCS), developed by Northrop Grumman.

Initial testing during the LUT will simulate air defense scenarios that could occur anywhere in the world. Multiple threat types, to include tactical ballistic missiles (TBM), anti-radiation missiles, unmanned aerial systems, fixed-wing and helicopters, will be live in the air or virtually inserted into the environment to observe how IBCS processes and tracks these air objects, and enables soldiers to select the most effective weapon system to engage threats. There will also be endurance runs in which the air defenders operate the system over multiple days, and flight tests – one similar to Flight Test 5 but conducted in an electronic attack environment, and another involving more aggressive targets such as a TBM.

A successful LUT will inform us with the areas of improvement that will drive the initial operational testing and evaluation and then fielding to ensure warfighters have the most capable system.

The Northrop Grumman trainers are busy now tailoring this pre-LUT phase of training to the soldier’s needs as they ready for the weeks of activities and exercises. Other Northrop Grumman teams are also involved in the complex pre-LUT activities, which include moving personnel and equipment into position at WSMR, and providing hardware and software expertise for pre-test integration and testing activities. The latest version of the IBCS software – produced under Northrop Grumman’s Agile methodology developed with the Army – has been loaded into the system hardware, and soldiers are now receiving training on improvements over the previous version.

Miranda and nearly all of his team of trainers had to drive more than 1,300 miles to New Mexico from Huntsville, Alabama, but are committed to being at the range with the soldiers to move IBCS forward. He expects to be on-site until September, to support post-test requirements and activities.

“We feel the sense of urgency,” Miranda said. “Many of us are former military, and we want the soldiers to have everything they need to be trained and ready through the LUT and ultimate fielding of this critical capability.”