Snipers act as part of a system with a spotter who surveys a wide area to identify potential targets.

That’s one way to think about the Next-Generation Overhead Persistent Infrared (OPIR) system, according to Mike Ciffone, director of programs, OPIR, Northrop Grumman. 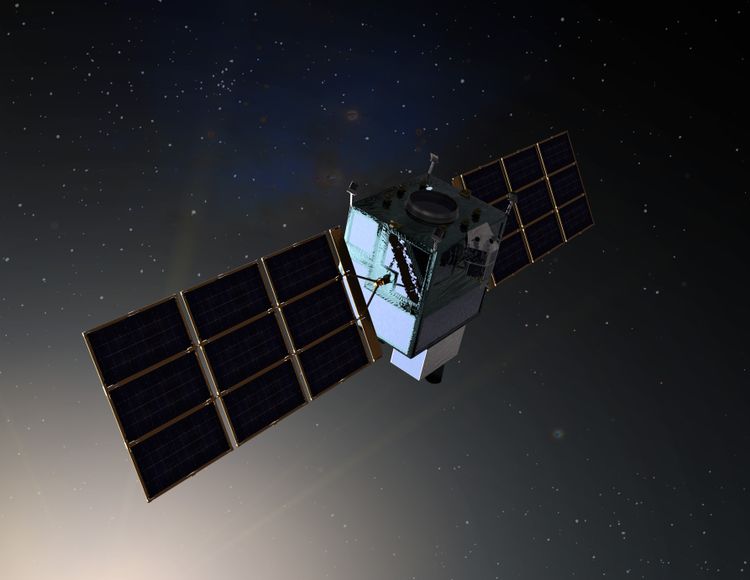 The Next-Generation Polar (NGP) satellites act as the spotter, surveying an enormous swath of the Northern Hemisphere from an orbit more than 20,000 miles from Earth. Once spotted by NGP, the Hypersonic and Ballistic Tracking Space Sensor satellites (HBTSS), which will operate in low-earth orbit, can act as the sniper’s high-resolution scope, precisely tracking hypersonic missiles in flight and relaying timely data to shooters on the ground or at sea.

“A soldier looking through a sniper rifle scope has a narrow field of view,” Ciffone said. “That’s great for honing in on a specific target, but without that wide view from the spotter, the soldier could miss a developing threat and would be altogether less effective. The teamed system ensures a better, safer outcome.”

In May 2020, the U.S. Space Force’s Space Systems Command (SSC), formerly called Space and Missile Systems Center, awarded Northrop Grumman a $2.37 billion contract for the first phase of the NGP program. NGP will serve as the spotter for the HBTSS’s scope.

“When it comes to detecting ballistic missiles, it’s a mission that can’t fail,” Ciffone said.

NGP is a technological leap forward compared to the current polar monitoring system – the Space-Based Infrared System in Highly Elliptical Orbit (SBIRS HEO) – because it will detect both hypersonic and traditional ballistic missile launches.

SBIRS HEO service life is planned till 2028, when NGP is slated for launch. According to Jeff Sneller, Northrop Grumman’s chief engineer for NGP, these combined factors increase the urgency of launching NGP on schedule.

NGP is an indispensable part of the next-gen OPIR construct for numerous reasons:

It covers the poles. NGP will cover the northern polar region — the shortest route for a ballistic missile to travel toward the United States. It is the most difficult region to monitor from space, said Randy Weidenheimer, director of programs, OPIR, Northrop Grumman.

“Covering the North Pole region requires highly elliptical orbiting satellites,” Weidenheimer said. “It just can’t be done as effectively from geosynchronous (GEO), geostationary or low-Earth orbit (LEO). If the North Pole is uncovered, an adversary could exploit it.”

“Without NGP, not only will we risk missing a ballistic missile launch from the polar region, we will lose the resilience inherent in having a robust capability in HEO,” Weidenheimer said. “One reason that’s important is that, for example, low-Earth orbit satellites need to orbit over countries that could seek to target or disable them several times a day, making HEO an inherently safer option.”

Near total coverage. According to Sneller, NGP provides round-the-clock coverage of the Northern Hemisphere, including adversarial countries in Eurasia, the Middle East and the Indo-Pacific.

“NGP monitors virtually every country from which a ballistic or hypersonic missile threat directed at the United States or its allies is likely to originate,” Sneller said.

Resilient. On top of the wide coverage NGP provides from its unique orbit, HEO is more resilient than other orbits.

“Satellites in HEO are difficult to target and NGP has features that will help ensure it can continue to operate in contested environments,” Ciffone said. “NGP is always in communication with ground terminals in the continental United States. If forward-deployed ground stations for satellites in GEO or LEO are attacked or jammed, NGP can still get information back to commanders in the U.S.”

NGP is on track and on schedule to begin its vital mission in 2028. According to Ciffone, “NGP is a vital part of the United States’ missile defense space architecture that we can’t afford to do without.”