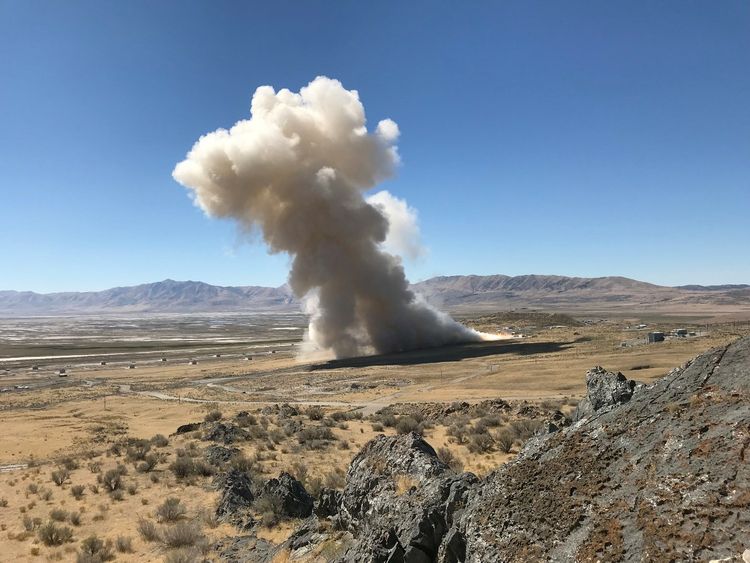 This fourth generation GEM motor is being developed by Northrop Grumman for use on United Launch Alliance’s (ULA) Atlas V launch vehicle. The GEM 63 motor will be used as a direct replacement of the previous strap-on boosters on the Atlas V rocket beginning in July 2019.   Northrop Grumman reached this static test milestone in three years - record time for such a complex drop-in solution to an existing launch vehicle. 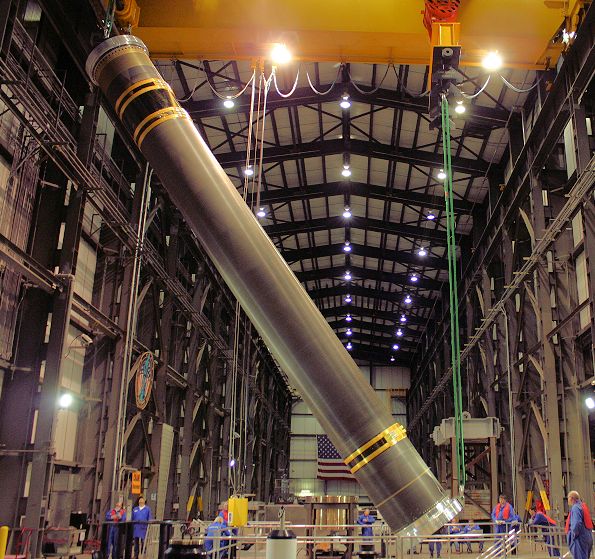 The first GEM 63 case being placed into a casting pit at Northrop Grumman’s Bacchus plant in Utah. At 65 feet long, the GEM 63 is the longest single-case solid rocket motor ever built by the company.

The GEM 63s will fly for the first time on an Atlas V beginning in the late summer of 2019. Each Atlas V mission may include up to five GEM 63 strap-on boosters depending on the mission needs.

The second GEM 63 static fire test, scheduled for December, will satisfy additional requirements for certification of the rocket motor by the U.S. Air Force.

In addition to the new GEM 63, Northrop Grumman is using internal funding to develop the GEM 63XL (XL for extended length) for use on ULA’s Vulcan rocket. At 72 feet long, the GEM 63XL will be the longest single-case solid rocket motor ever built. The first GEM 63XL case has already been wound at Northrop Grumman’s new winding facility in Clearfield, Utah, where a team of engineering, quality, operations and facilities team members worked through many challenges to bring a lengthened and upgraded winding machine online.

The GEM 63 line of motors is a continuation of Northrop Grumman’s heritage of innovation that leads toward the reliability and affordability that ULA and the Air Force have learned to expect. With the impressive display of power shown on the test stand in Utah, Northrop Grumman is on track to give ULA vehicles a solid boost far into the future.