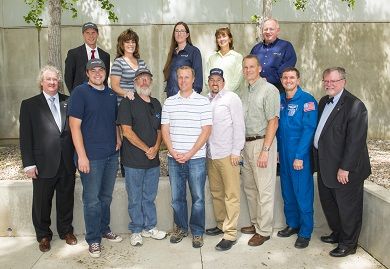 The Orion Program Manager Commendations for outstanding dedication and hard work in support of the Orion LAM development and the successful QM-1 hot fire test were presented to the following Orbital ATK employees:

Orbital ATK manufactures the LAM, which creates the necessary thrust to pull the Orion capsule away from the launch vehicle in the event of an emergency on the pad or during ascent.

For the June 15 test, the LAM was conditioned for four days in the test stand using heat and insulation panels to bring the motor temperature as high as 108° F. The motor was 100° F when fired. The objective of the hot test was to test the motor at the higher boundaries to confirm it meets upper requirement limits. 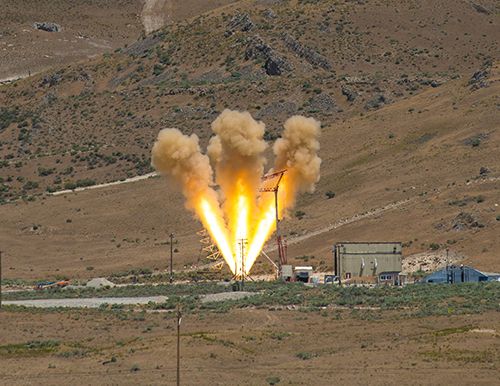