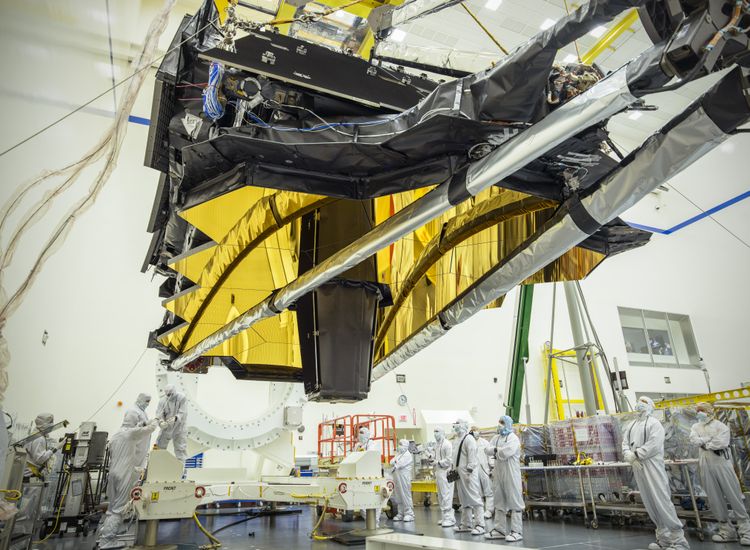 REDONDO BEACH, Calif. – March 12, 2018 – All the major elements of NASA’s James Webb Space Telescope now reside in a giant clean room at Northrop Grumman Corporation’s (NYSE: NOC) Redondo Beach facility, setting the stage for final assembly and testing of the giant space telescope that will explore the origins of the universe and search for life beyond our solar system.

The optical telescope and integrated science instrument module (OTIS) arrived at Northrop Grumman in February. It was previously at NASA’s Johnson Space Center in Houston, where it successfully completed cryogenic testing.

OTIS and the spacecraft element, which is Webb’s combined sunshield and spacecraft bus, now both call Northrop Grumman home. Webb is scheduled to launch from Kourou, French Guiana in 2019.

The James Webb Space Telescope is the world’s premier space observatory of the next decade. Webb will solve mysteries of our solar system, look beyond to distant worlds around other stars, and probe the mysterious structures and origins of our universe and our place in it. Webb is an international program led by NASA with its partners, the European Space Agency and the Canadian Space Agency.