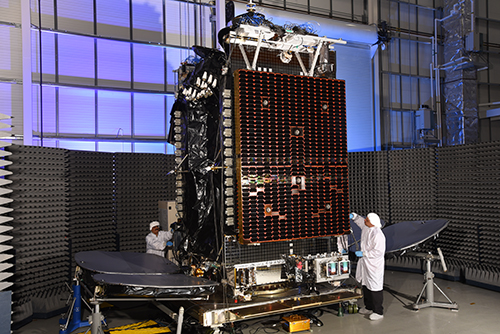 HYLAS 4, built on a GEOStar-3 spacecraft bus, inside Orbital ATK’s Satellite Manufacturing Facility in Dulles, Virginia, prior to its shipment to the launch site.