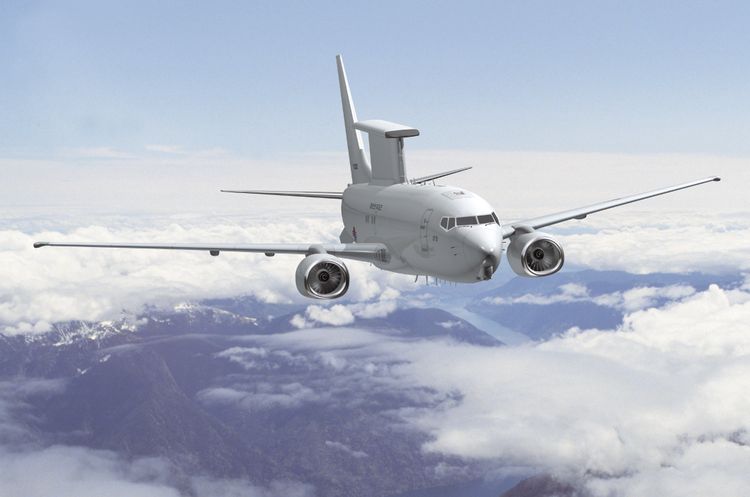 Perched on top of the AEW&C system is the Northrop Grumman designed and built Multi-role Electronically Scanned Array (MESA) sensor. The radar is the eyes of this impressive bird. The MESA radar electronically scans the skies around the Boeing 737-based aircraft, providing the warfighter with an unrestricted 360-degree view.

Near-peer adversaries have been developing sophisticated advancements in platforms and system capabilities that threaten our warfighters’ advantage in the battlespace. The MESA radar for the AEW&C system provides critical domain awareness for warfighters and allows them to see farther and make accelerated and informed decisions to meet mission objectives.

MESA provides the ability to dynamically adjust to each unique or emerging tactical situation. The advanced radar can extend its detection range without having to fly closer to a threat situation. By targeting its energy to the threat, the sensor can nearly double its detection range in the emphasis location, all while maintaining a full background of the entire battlespace. Compared to other surveillance radars, MESA also has higher update rates for enhanced tracking, bringing battle management to the edge of the radar surveillance envelope.

Modern jamming threats can jeopardize the warfighters’ understanding of the environment. With MESA’s multiple channels and independent receivers, the sensor uses modern electronic protection techniques to adapt to jamming and electronic attack threats, while simultaneously maintaining situational awareness. No matter the threat, MESA ensures the warfighter retains a constant view of the battlespace.

When tracking and identifying electronic signals and targets, false alarms or thermal noise can be mistakenly identified by a surveillance radar. With MESA’s quick updates of the entire landscape, the sensor provides higher quality data – reducing inaccuracies and furthering the edge of the warfighter.

Northrop Grumman’s MESA also has a robust IFF system that recently achieved AIMS certification for a new Mode 5 for the system. An IFF system identifies if the other signal is – as the name states – friend or foe.

"Mode 5 enhances the ability to protect our warfighters by using advanced waveforms, cryptology and techniques to further the proven performance of MESA and its IFF system," said Jack Hawkins, director, MESA, Northrop Grumman. 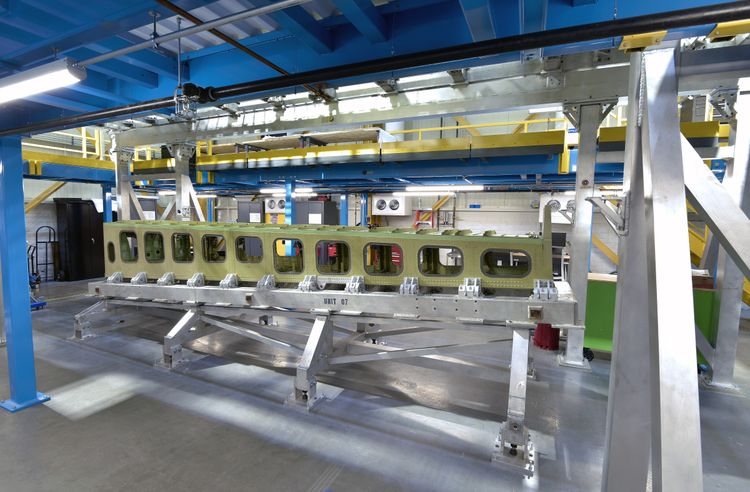 Current production of the first MESA antenna for the United Kingdom’s AEW&C system.

Northrop Grumman is an industry leader in developing mission-capable, cost-efficient radar systems. Our systems utilize multifunction capabilities to observe, orient, and act across all domains – land, sea, air, and space – providing the joint forces the intel they need to operate safely in today's multi-domain operational environment.

The operational needs of the warfighter are rapidly evolving where an advanced 360-degree AMTI capability is required to support the full potential of our 5th generation air force and maintain the relevancy of our 4th generation assets.  Enabled by advanced sensing and networking capabilities, the AEW&C system is an integral part of Battle Management, Command and Control (BMC2) architectures and key node to enable Joint All-Domain Command and Control (JADC2) technologies across the spectrum of military operations. No matter the environment or situation, the AEW&C system, provides this capability through a critical bird’s eye view for the warfighter with MESA’s proven and trusted capabilities.