Making History in Space – Every Day

Backed by this long legacy of expertise, the company is working on launching four Northrop Grumman-built satellites in five weeks as demand for spacecraft continues to grow. 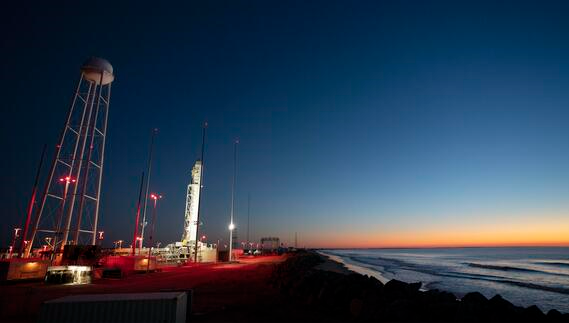 That’s how Mike Moran, director of integration and testing at Northrop Grumman, summed up Northrop Grumman’s end of year satellite launch schedule. With four launches from three different launch sites on both coasts within five weeks’ time, Moran, knows thousands of team members will be working at full tilt as launch windows open.

While the launch teams are busy, so are Northrop Grumman’s advanced manufacturing teams with space satellite manufacturing facilities in Dulles, Virginia and Gilbert, Arizona that are positioned to meet rapidly evolving space mission requirements. Increased demand is one reason the company doubled the square footage of manufacturing space in Gilbert. 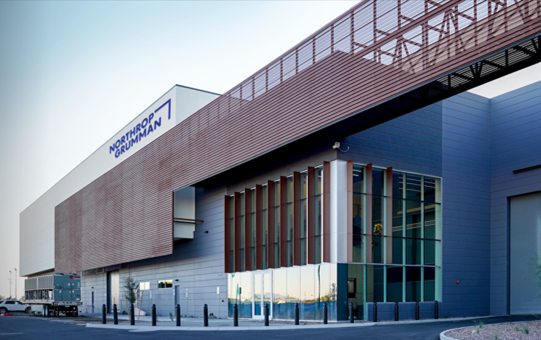 “As a result of increased demand from civil, commercial and national security customers, our facility has been exceptionally busy this year,” said Matt Brood, department manager of environmental test and factory support, Northrop Grumman. “We integrate and test flight hardware in and out of spacecraft clean rooms and processing bays according to customer requirements on orchestrated schedules, and our facility is designed to be agile enough to handle the unexpected. Adaptability is a core theme in how our teams perform their work.”

Some of the technology produced at these facilities kicked off the busy launch season. Galaxy 33 and 34 launched together in a stacked configuration in early October. These satellites are the 12th and 13th Northrop Grumman-built commercial telecommunications satellites for Intelsat, based on the manufacturer’s flight-proven GEOStar platform and will improve the availability of critical terrestrial 5G services. The near-twin satellites are the first two of the new C-band fleet Intelsat is placing into geostationary orbit to ensure service continuity for its broadcast customers.

“We faced numerous challenges, but our team persevered and worked closely with Intelsat for a successful on-time delivery,” said Tiziana Fresia, program manager for both Galaxy 33 and 34, Northrop Grumman.

To support multiple missions across industry for U.S. Space Force (USSF)-44, Northrop Grumman delivered hardware and software capabilities, manufacturing the Long Duration Propulsive EELV (LDPE)-2 payload based on its ESPAStar satellite product line and delivering command, control, planning and mission execution software to be used across the entire mission lifecycle. The launch of USSF-44 will be the culmination of mission integration and operations of highly complex space systems Northrop Grumman performed for the mission.

Northrop Grumman also builds satellites to protect and better understand Earth’s systems. The Joint Polar Satellite Systems (JPSS-2) weather satellite the company delivered to NASA and the National Oceanic and Atmospheric Administration (NOAA) is scheduled for launch this month from Vandenberg Space Force Base. Satellites like JPSS-2 will improve data sharing about the environment and provide first responders and community planners more information to prepare for potential impacts from natural disasters.

JPSS-2, and the follow-on satellites JPSS-3 and -4 currently in production at the company’s Gilbert, Arizona facility, are built based on Northrop Grumman’s flight proven LEOStar product line, optimized for missions in low Earth orbit. The satellite is equipped with four advanced instruments, including the Northrop Grumman-manufactured Advanced Technology Microwave Sounder, which collect temperature and moisture profiles during the day and night regardless of cloud cover.

On November 6, the company expects to launch its next Cygnus cargo vehicle, named in honor of space pioneer Sally Ride. Northrop Grumman is one of only two companies in the world to provide commercial cargo resupply services to the International Space Station (ISS). With 17 successful missions for NASA since 2014 and contracts for additional missions through 2026, Northrop Grumman delivers essential supplies, experiments, and equipment to the ISS via its Cygnus spacecraft.

“The Cygnus spacecraft does so much for NASA at ISS, delivering critical cargo with the capacity to support additional materials for space experiments while attached to the ISS, and removes accumulated trash,” said Joe Harvatine, Cygnus program manager at Northrop Grumman.

On NG-17, Northrop Grumman added the capability for Cygnus to reboost the ISS, increasing the altitude of ISS’s orbit to counteract atmospheric drag. On NG-18, Cygnus will carry ISS and astronaut supplies, science experiments, and a highly sought item — fresh food. NG-18 also has the propellant reserves to conduct reboost during the stay on ISS.

Moran says it takes a lot of effort and coordination to get spacecraft into orbit.

“Launch day is the culmination of incredibly hard work by multiple large teams,” he says. “From design and fabrication to testing, shipment and launch operations, our people have been preparing for months or years. That effort intensifies as launch day draws near. This month, we will witness focused coordination, and we look forward to high fives and celebrations with our customers. Successful support to our customers’ missions is what it’s all about.”