Employees chose two Arizona-based soldiers who had registered with Any Soldier to receive care package items needed by their entire unit. Donation boxes were placed throughout the facility and were collected multiple times over a two-month period.

“Giving to the men and women who serve in the Armed Forces is a very worthy cause,” said Mark Haynie, VP of Technical Operations at Orbital ATK's Launch Vehicles Division. “When I learned how well the drive went, I was reminded of what an incredible group of people we work with.” 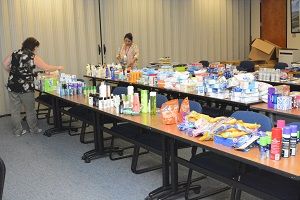 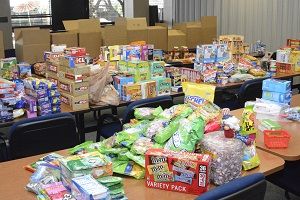 Launch Vehicles Division employees donated over 1,200 lbs of items during the Any Soldier drive to send to 30 deployed soldiers.

At Orbital ATK, we are commited to supporting our troops both at home and abroad, and we are proud to support organizations like Any Soldier that provide unique services to our deployed soldiers.