Inspiring the Next Generation of Engineers and Scientists

Innovation Systems • Orbital ATK Archive
Share Tweet Share Email Print
The room was silent as Orbital ATK employees in Chandler, Arizona learned how to engage younger generations and ignite their interest to pursue careers in science and engineering from the most inspirational group of experts—the students themselves.

During the event, employees heard from Arizona’s student Chief Science Officers (CSOs) from local high schools.  The students presented a panel moderated by Jeremy Babendure, Ph.D., assistant research professor at Arizona State University and the University of Arizona, and discussed their focus on promoting Science, Technology, Engineering and Math (STEM) within their schools.

“I was really impressed with these students and the program,” said JR Morris, a Senior Design Engineer at Orbital ATK. “They were engaged, excited and articulate.  The program better equips students for an increasingly technological and competitive future, while inspiring their peers to follow suit.”

The Arizona-developed program is currently in its pilot year and has 90 middle and high schools participating with 130 CSOs who were elected by the student body. Their position is to champion campus-wide engagement, interest and popularity of science and innovation and serve as an ambassador to the community.

“We found that as we met as educators and industry leaders to discuss how to grow STEM within our schools there was one voice missing – the students,” Babendure said. “This program is to bridge the gap and allow the students to influence STEM from within their schools.”

The students each told their stories on what inspires them to like STEM fields.  Answers ranged from being exposed to science activities at an early age to role models and inspiring teachers. Each student had a desire to ignite the passions for STEM within their fellow students and younger children so they know how exciting and fun it can be.

“We want to inspire others so they understand you do not have to be super geeky to go into science, you just have to be curious,” said Dhruv, one of the CSOs from Hamilton High School.

To make the CSO program more successful, the team is looking for “Jedi Mentors” to support these students in their new roles. Several Orbital ATK employees signed up during the event, hoping to inspire the next generation of engineers and scientists. 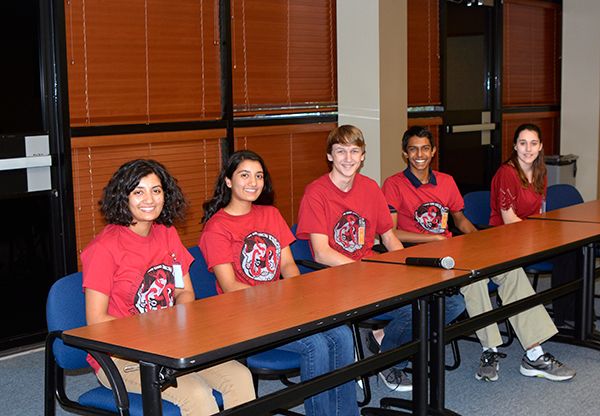 The panelists smile for a photo before beginning their discussion on how to engage younger generations and ignite their interest to pursue STEM careers. 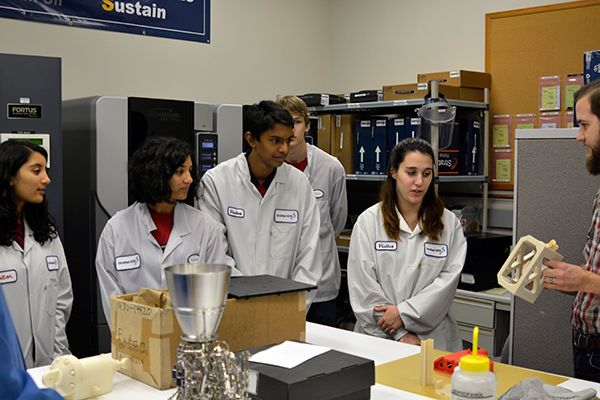 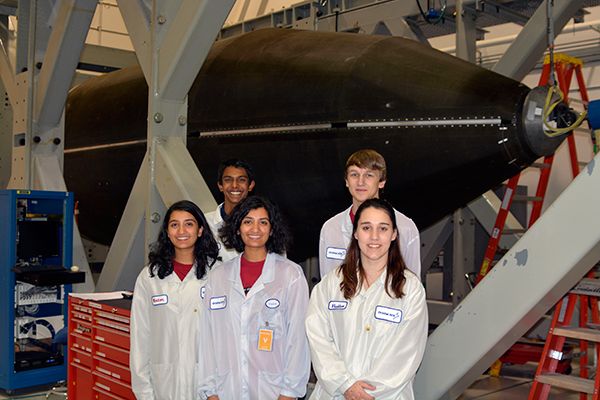 The students received a tour of Orbital ATK's Chandler, Arizona facility and pose for a picture with a rocket faring.