Innovation Systems • Orbital ATK Archive
Share Tweet Share Email Print
Progress is being made on the assembly of the ICON spacecraft with the integration of the payload to an Orbital ATK spacecraft bus. Upon completion, The Ionospheric Connection Explorer (ICON) will be the newest addition to NASA’s Heliophysics missions. UC Berkeley leads the project, which will help scientists to understand the relationship between Earth’s atmosphere and the space environment by studying the ionosphere. The unpredictable phenomena in this near-space environment can lead to severe interference with signals from other communications and GPS satellites.

This mission will utilize Orbital ATK’s LEOStar-2 platform, a compact, high-performance spacecraft used for space and Earth science, remote sensing and other applications. ICON is currently planned to launch aboard Orbital ATK’s Pegasus XL launch vehicle in June of 2017. 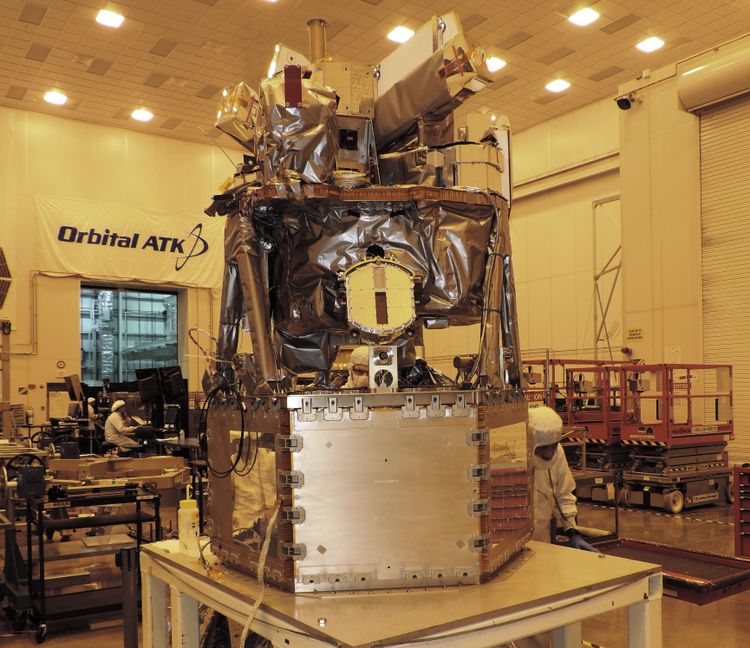 The ICON payload is joined with an Orbital ATK bus.