How Northrop Grumman Is Giving Aircrews an Edge in Electronic Warfare

Over the past decade, aircrews have relied on infrared countermeasure and electronic warfare systems, such as Large Aircraft Infrared Countermeasures and the AN/APR-39 Radar Warning Receiver, to keep them safe during combat operations. These systems have been highly effective against current anti-aircraft weapons. Now, a more lethal generation of threats is beginning to appear on the horizon.

A digital battle for the electronic warfare domain is underway, with adversaries seeking to control the spectrum and deny access to airspace. Sophisticated and agile multi-spectral air defense weapons and airborne electronic warfare systems are coming online in conflict zones throughout the world, creating dense, highly contested environments.

Staying ahead in this era calls for thinking beyond legacy technologies. Northrop Grumman and its customers have responded by investing in an advanced adaptive electronic warfare architecture. 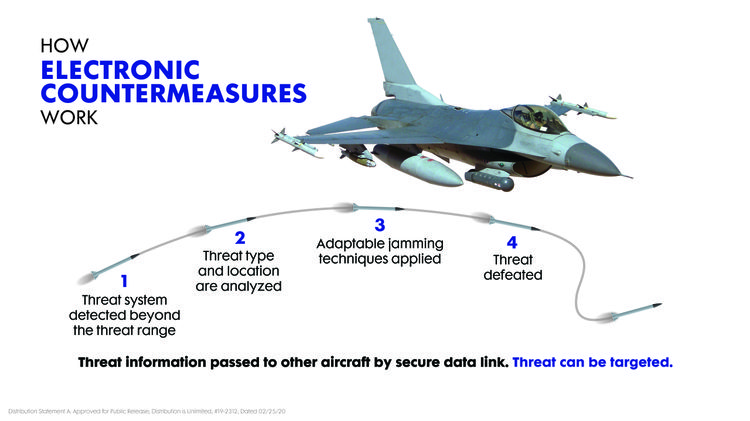 Doug Goldberg, an engineer at Northrop Grumman, was involved in the design of the architecture and the new systems that would ultimately take advantage of it.

“Analog systems, including the legendary ALQ-135, served the warfighter well for decades, but there are limits to what we can accomplish with those technologies. Our digital, adaptive, open systems architecture provides a generational leap in capability,” said Goldberg. “We cannot afford to chase the threat. We must stay ahead of it.”

Digital architecture has changed the equation. Electronic warfare suites can now perform multiple functions and support diverse mission sets, and components and software can be shared among a family of systems. Under this building block approach, in use now at Northrop Grumman, development costs and timelines decrease, upgrade cycles are faster and economies of scale kick in during production.

As new threats are identified, enhancements can be shared quickly throughout the product line. Often, only a software change is required to add new capabilities, minimizing the obsolescence risk and decreasing the time to field

Another benefit: Continued relevance for the fourth generation fleet.

“For the foreseeable future, we are going to have fourth and fifth generation fighters flying together,” said Ryan Tintner, vice president, navigation, targeting and survivability, Northrop Grumman. “To help our customers make the most of this mixed fleet, we are upgrading the electronic warfare suites of fourth generation aircraft to give them capabilities that rival or exceed newer aircraft systems. Interoperability is key, and this mix of aircraft is already resulting in new concepts of operations.”

Large or small, protection for all 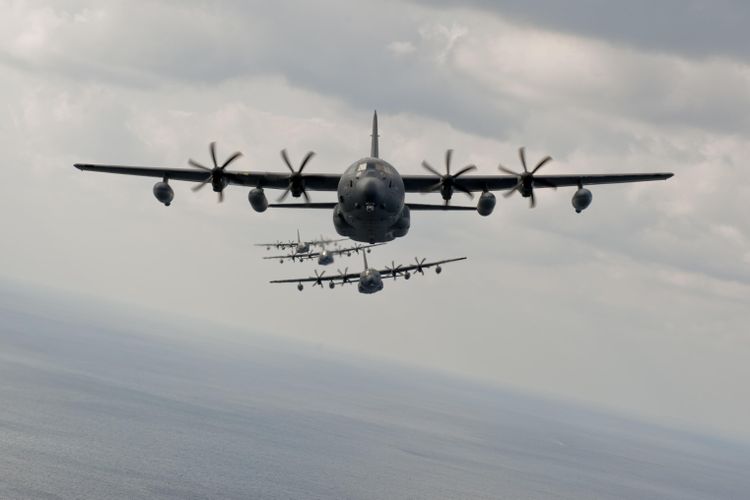 From massive airlifters down to unmanned aircraft systems, the air operations picture has never before included such a diverse range of platforms. Large or small, they all need protection from radio frequency threats. The adaptive digital EW architecture makes it possible.

Northrop Grumman has been selected to provide its latest internal radio frequency countermeasure capabilities for the AC-130J and MC-130J Radio Frequency Countermeasures program. This system is critical to keeping special operators safe in the face of sophisticated, next-generation RF threats. Protecting large platforms is no small feat, and with a wingspan of more than 100 feet, these are some of the largest military aircraft flying today. The key to making it work is the common building block architecture.

The system is also applicable to other large aircraft in service around the world.

"The scalable nature of our architecture allows us to configure it for aircraft of nearly any size or mission," said Tintner. "We can optimize it for anything from an airlifter down to a small helicopter or unmanned platform, podded or internal."

For aircraft where an internal system is not the preferred solution, Northrop Grumman's newly exportable ALQ-131C offers this protection in a pod. The original ALQ-131 remains one of the most-installed electronic countermeasure systems ever, with decades of proven operation to its credit. With the digital EW architecture as its foundation, this upgrade provides the power to operate in highly complex and contested electromagnetic spectrum environments.

On rotary wing aircraft, the AN/APR-39D(V)2 radar warning receiver and electronic warfare suite controller provides spherical protection and the ability to detect a greater range of modern threats than previous systems. The AN/APR-39E(V)2, the next generation currently in development, builds on these capabilities to detect modern, agile threats across a broader and wider spectral range. Both were built with a pathway to additional functionality and an ability to install on aircraft with less available space, weight, and power. Planned integrations will impact thousands of aircraft worldwide.

Northrop Grumman is providing a generational leap in capability to keep warfighters safe as radio frequency threats become more lethal and widely proliferated. The need to maintain spectrum control and access to airspace is critical, and the company’s advanced, digital electronic warfare architecture is ready to meet the challenges ahead.