Imagine a scenario in which the U.S. Navy identifies a new air, surface or subsurface threat while monitoring an adversary’s training exercise. That new threat metadata is then delivered to a software factory’s Continuous Integration/Continuous Deployment (CI/CD) pipeline. Within 24 hours, every Navy surface ship operating at sea receives a compiled and tested combat system software patch to address the threat. 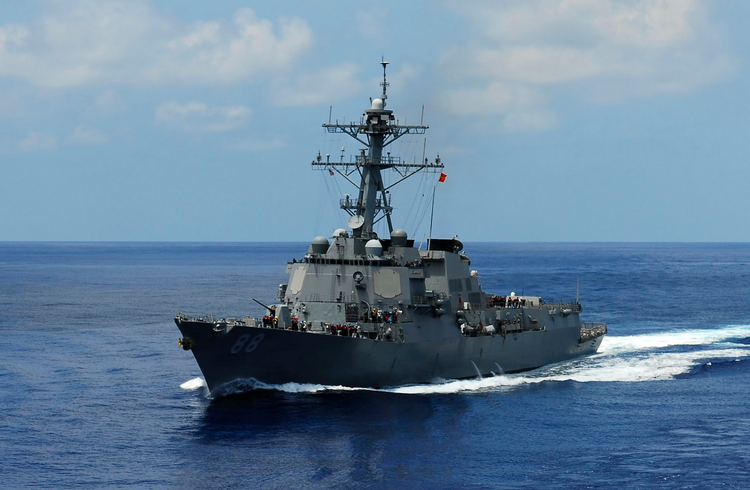 In the future, when new air, surface or subsurface threats are identified, the software factory’s Continuous Integration/Continuous Deployment (CI/CD) pipeline could send a compiled and tested combat system software patch to address that threat to every Navy surface ship operating at sea within 24 hours.

“That’s the Navy’s vision, and we are ready to help them get there,” said Todd Leavitt, vice president, naval & oceanic systems, Northrop Grumman.

As a DevSecOps industry leader, Northrop Grumman is drawing on years of  Lean-Agile system and software development experience to help the Navy turn its combat system speed-to-fleet vision into reality.

Northrop Grumman has system coordinator responsibilities for Unified Platform (UP) for U.S. Cyber Command, and is also performing on the U.S. Air Force’s five-year Software DevSecOps Basic Ordering Agreement (BOA). On UP, Northrop Grumman is creating and rapidly deploying cyber capabilities across the Department of Defense using the Air Force Platform One ecosystem.

Northrop Grumman’s UP work builds on the Cyber Mission Platform (CMP) program where Northrop Grumman reduced the CI/CD Pipeline from months to days and reduced average release installation from hours to minutes.

Northrop Grumman leverages its “Factory in a Box” containerized software development environment approach in this case to work coding and refactoring challenges in real-time, collaboratively with teammates from the defense and software industries.

“We see the success our teammates have had on software development programs across Defense Department services; as leaders on the Air Force’s Platform One initiative, the Navy’s Submarine Warfare Federated Tactical Systems (SWFTS) program, and on U.S. Strategic Command’s Decision Support System (DSS) program, and we are excited to partner with them,” said Tokatlian.

Northrop Grumman’s cross-functional team is ready to bring fresh ideas to the Navy Forge software factory later this year, but recognizes that Lean-Agile and DevSecOps are only two pieces of the equation. The Northrop Grumman team is also leveraging its strong model-based systems engineering tools and techniques to help ensure the Navy has a framework for understanding the combat systems architecture it has today, and a roadmap toward the integrated combat system architecture of tomorrow.

“One of the keys to helping achieve the Navy’s vision is in successfully integrating sound model-based systems engineering practices and tools with Lean-Agile and DevSecOps,” said Leavitt. “Our team is ready to work with the Navy and other industry partners collaboratively to do that.”