Every Day is Earth Day at Orbital ATK

Innovation Systems • Orbital ATK Archive
Share Tweet Share Email Print
Orbital ATK’s Earth science satellite history dates back to 1982, with the development of Landsat 4 for NASA and the U.S. Geological Survey. Since then, the company’s extensive, flight-proven line of small- and medium-class spacecraft platforms have been utilized for various Earth science, remote sensing, astrophysics and heliophysics missions to enable scientists to gain a stronger understanding of our home planet.

While Orbital ATK has developed Earth science satellites for U.S. military and international space agency customers, the majority have been developed for NASA in support of its Earth science mission. In some instances we have produced multiple generations of spacecraft (such as the Landsat series) allowing for long-term data gathering.

This infographic shows the highlights of Orbital ATK’s Earth observation satellite programs either currently in operation or in development for future launches. 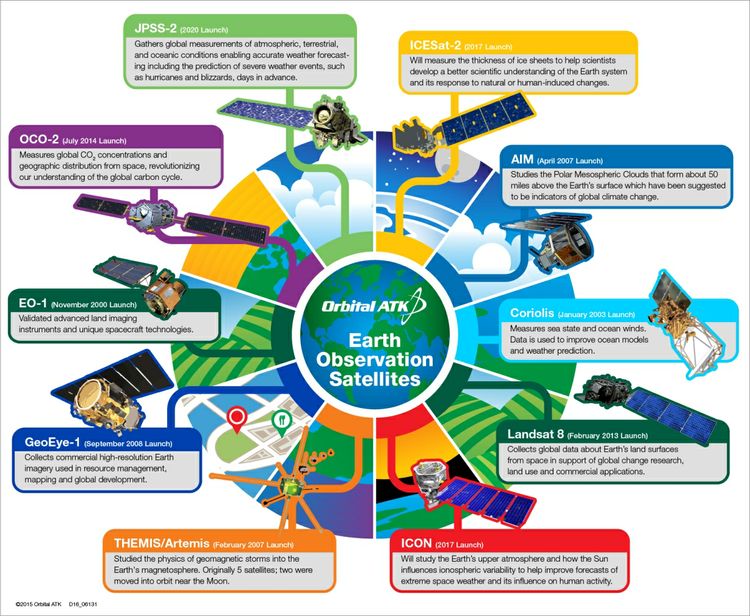