One of the design questions was whether a technician could safely remove the thermal batteries from the rocket through a small access door. The batteries and their attachment system weigh around 25 pounds and if a launch were to be aborted right before liftoff, they would have to be removed and replaced to support a second attempt.

With the customer watching closely, the Orbital ATK engineer put on his VR headset, walked up to the virtual first stage of the rocket, opened the access door and reached for the thermal batteries. To simulate the mass of the batteries, the engineer tried to maneuver a 25 pound weight thru the virtual access door. 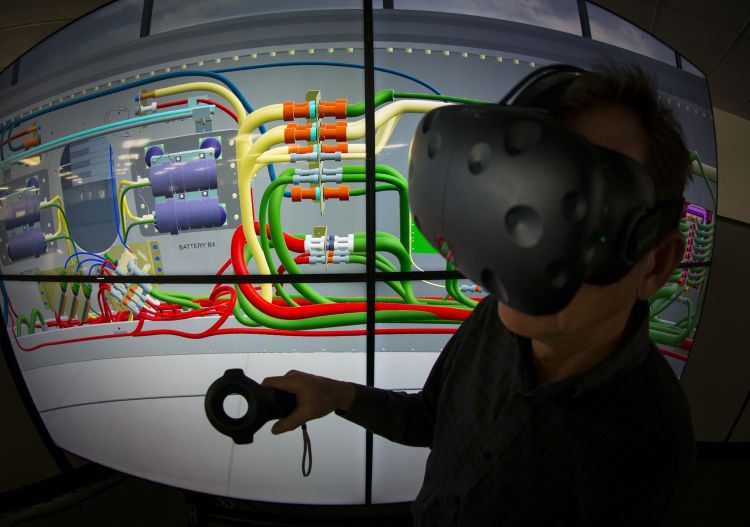 “We quickly learned that the batteries were just too heavy to lift out the access door, and the heavy weight could become a potential safety issue for the operator,” said Todd Warne, Orbital ATK's lead electrical engineer on NGL. “Using VR enables us to verify the design is safe and functional, and to develop rapid solutions if needed—all before building actual hardware.”

Having identified an area for improvement, the design team developed a tool that enables the technicians to safely and easily extract thermal batteries. VR helped the team ensure all safety parameters are met to protect personnel and flight hardware early in the design process.

“The saying ‘a picture is worth a thousand words’ can now be changed to ‘a 3-D VR image can save hundreds of thousands in time and money,’” said Warne. “Being able to engage with the customer in real-time and physically walk them through the design provides a new avenue to validate our designs.”

Orbital ATK began developing next-generation VR technologies in 2015 and now has an advanced Immersive Visualization Lab at the company’s Promontory, Utah, facility that is being used for design, process and customer reviews. VR is proving to be a significant benefit in designing and developing new products, tools and processes. 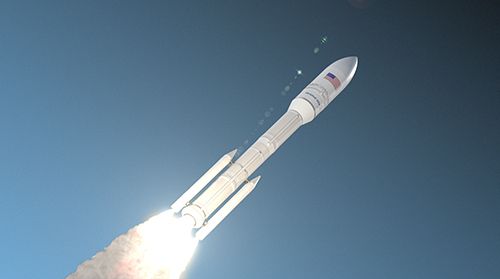 NGL is one of Orbital ATK’s top growth initiatives, and the company has committed to investing in the development of the rocket. To date, Orbital ATK and the U.S. Air Force have invested more than $200 million. Currently, there are 200 employees working on the program, with an additional 600 planned to start in the next 24 months. The program is led out of Orbital ATK’s Chandler, Arizona, facility, with additional work being completed in company facilities across the country. Today, Orbital ATK remains on track for a ground test of NGL’s first stage propulsion in 2019, and the first certification launch scheduled for 2021.