Innovation Systems • Orbital ATK Archive
Share Tweet Share Email Print
NASA’s Dawn spacecraft continues to perform beautifully as it returns new imagery of the dwarf planet’s surface, including a detailed view of the enigmatic “bright spots.” These images were taken at an altitude of 2,700 miles (4,400 kilometers) and have a resolution of 1,400 feet (410 meters) per pixel.

The more detailed photos have also allowed scientists to identify signs of active periods in Ceres’ history, as evidence of flows, landslides and collapsed structures can be seen among the dwarf planet’s craters. This activity may point toward a dramatically different evolution process than in fellow asteroid belt object Vesta, which Dawn visited in 2011 and 2012.

Dawn will be observing Ceres from its current altitude until June 28, when the Orbital ATK-built spacecraft will startup the ion engine to thrust toward its next science orbit of just 900 miles (1,450 kilometers), arriving in early August. Orbital ATK continues to support the Dawn mission with a team of system specialists and hardware experts.

For more information about the Dawn mission, visit http://dawn.jpl.nasa.gov. 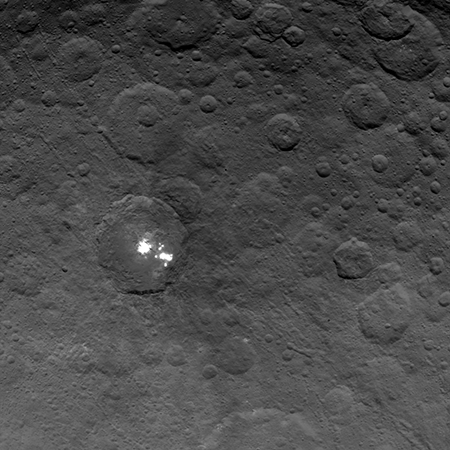 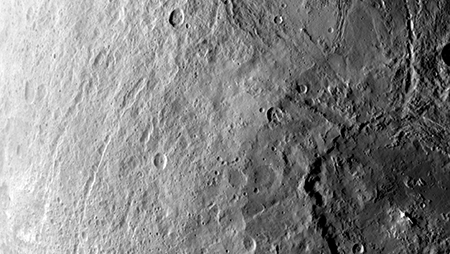