Dawn’s work at HAMO is generating an impressive set of imagery that is unveiling Ceres’ features in unprecedented detail. Each of these images has a resolution of 450 feet (140 meters) per pixel. 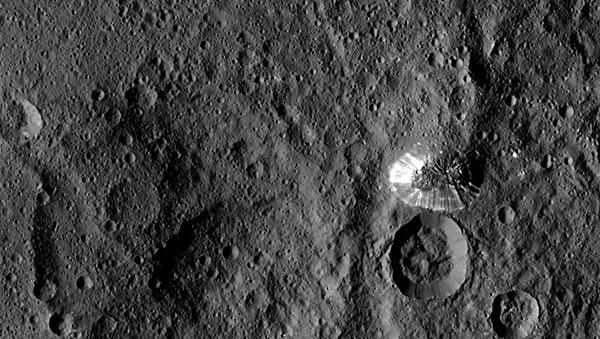 The Lonely Mountain: NASA's Dawn spacecraft took the latest images of this tall, conical mountain on Ceres from a distance of 915 miles (1,470 kilometers) on August 19, 2015. The mountain, located in the southern hemisphere, stands 4 miles (6 kilometers) high. Its perimeter is sharply defined, with almost no accumulated debris at the base of the brightly streaked slope, puzzling scientists on just how such a structure could be formed. 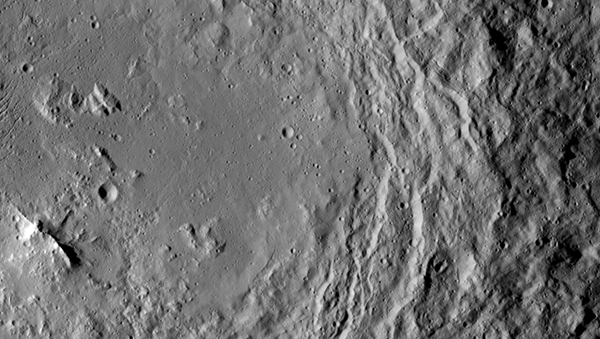 Urvara Peaks: This image shows a mountain ridge, near lower left, that lies in the center of Urvara crater on Ceres. Urvara is an Indian and Iranian deity of plants and fields. The crater's diameter is 101 miles (163 kilometers). This view was acquired on August 19, 2015. 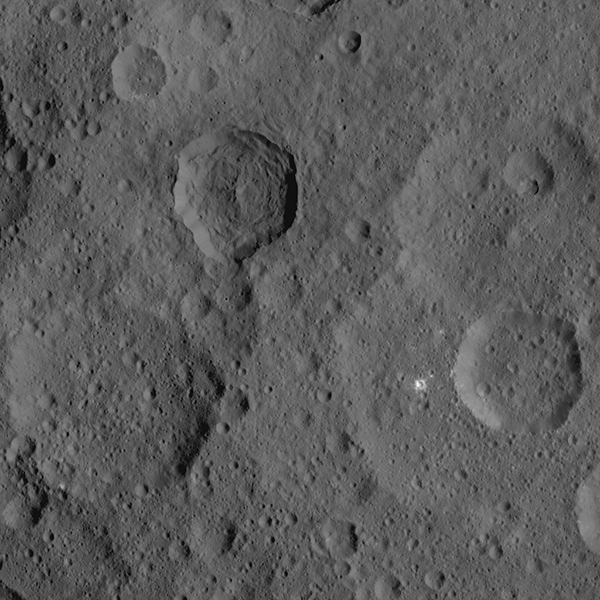 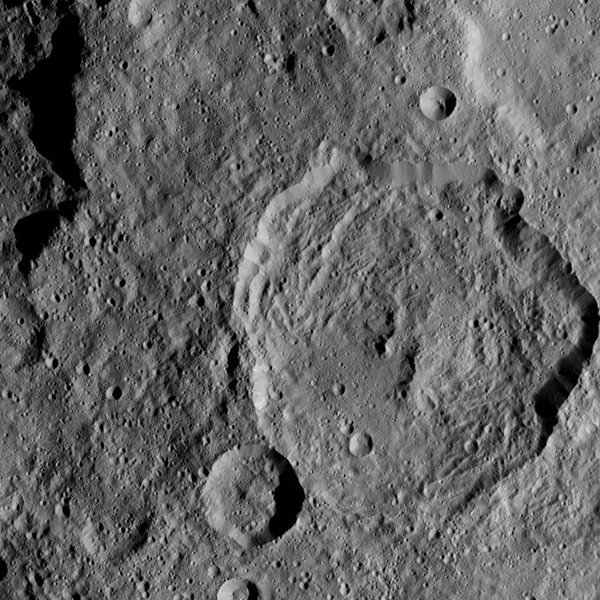 More information about Dawn is available at the following sites:
http://dawn.jpl.nasa.gov
http://www.nasa.gov/dawn