Innovation Systems • Orbital ATK Archive
Share Tweet Share Email Print
While Mars is the logical next destination for human space exploration, significant work is required to mature the technologies needed for such a journey. Cislunar space, the region between Earth and the Moon, is the ideal environment to prove out the systems required for human exploration of Mars. Orbital ATK was one of several companies selected for the NASA Next Space Technologies for Exploration Partnerships (NextSTEP-2) program, a public-private partnership for commercial development of deep-space exploration capabilities to support more extensive human space flight missions in cislunar space.

Orbital ATK and our proven space systems technologies are well positioned to support human exploration beyond low-Earth orbit. Today Orbital ATK is one of only two companies in the world providing commercial cargo resupply services to the International Space Station for NASA. Cargo is delivered to the station by our Cygnus advanced maneuvering spacecraft which is designed to perform autonomous operations and rendezvous with other space vehicles. This technology, together with Cygnus’ modular design that enables it to carry a variety of payloads, makes it an ideal platform for human space exploration.

View a video of our cisulnar human exploration concept here.

By 2021 we would launch an initial habitat module aboard NASA's heavy lift SLS rocket with a crewed Orion capsule. This mission would serve to prove out the Orion capsule and deploy the initial habitat in cislunar space. When Orion and the crew return to Earth, the module would remain, operating autonomously, acting as a platform for experiments and serving as a destination for future crewed missions. 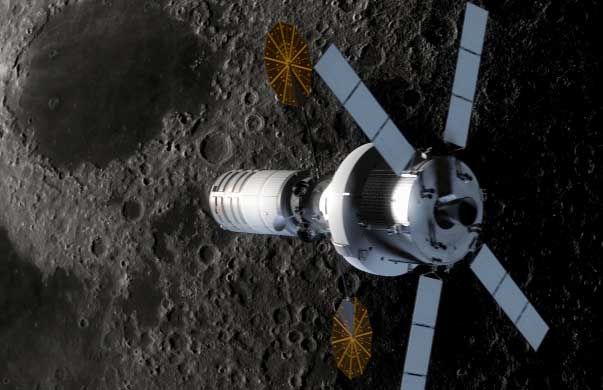 The Inital Habitat Module and Orion spacecraft lunar fly-by on the initial mission.

In the 2022- 25 timeframe additional modules would be added to the habitat. Logistics modules would deliver crew supplies and experiments and serve as a disposal vehicle at the end of their missions. The modularity of the system allows for additional segments, including a node to provide additional docking ports to allow for multiple visiting vehicles. Crewed missions would help mature technologies for long duration human space exploration. 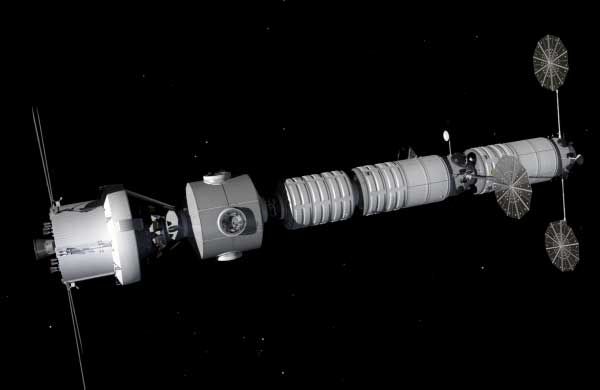 Additonal modules are added to expand the habitat module.

A Base for Lunar Sorties

The habitat could also serve as a base for uncrewed lunar sorties acting in the same role as the command module did during Apollo missions. International and commercial partners could make use of the habitat to remotely operate lunar landers and rovers. 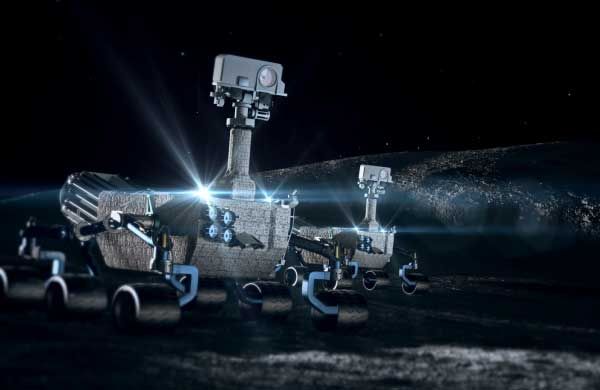 Lunar rovers could be remotely controlled by astronauts aboard the cislunar habitat.

With additional modules, the habitat could be expanded to provide a Mars transit capability for demonstration expeditions lasting 1,000 days or more. 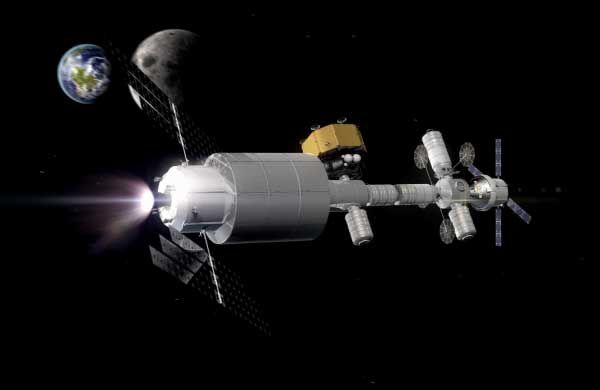 With added modules, the habitat could serve as a long duration exploration vehicle.