As an annual sponsor of the U.S. Space and Rocket Center’s Space Camp in Huntsville, Alabama, Orbital ATK team members enjoy the opportunity to inspire the next generation of explorers. In addition to the corporate sponsorship, each week during the summer, Space Camp officials choose a specific sponsor company to highlight, a privilege Orbital ATK had this July. During this designated week, Orbital ATK team members provided mentorship to the students and had the opportunity to speak to them about what it is like to work in the aerospace industry.

Gordie Russell, manager of the Orbital ATK Program Management Office at NASA's Marshall Space Flight Center, is actively involved in this annual effort. Each summer, he takes time to visit with the students, teach them about rocket science and provide one-on-one mentorship.

“I like to put in the extra effort to get to know the kids, not just those on our team, but all of the kids there and their parents as well,” Russell said. “Several parents have established ongoing relationships with us and keep us updated on their kids’ progress.”

This personal touch resonates with both the students and their parents. Joe Izzo, whose son attended this year’s Space Camp, said that this mentoring opportunity is helping his son pursue his dreams.

“Before Space Camp, we knew that Joey had a keen interest in the space program and his appreciation of its rich history,” Izzo said. “Now, having had some hands-on experience at Space Camp and direct interactions with visionaries of the industry, he has made it his mission to pursue his dream. He is a disciplined, determined, ambitious, and selfless young man. I am thrilled to see how far he takes his dreams and I am supportive of whatever path he takes. It is through this opportunity that he has set sail on this journey.”

In addition to being a sponsor for Space Camp, Orbital ATK has been title sponsor of the Space Camp Hall of Fame since 2007, which just celebrated their latest Alumni Weekend in late July.

“One of the great things about the Space Camp Hall of Fame is that in addition to astronauts, we celebrate the value of everyday heroes,” Russell said. “There are so many important players in this industry including people who build rockets, communicators, engineers, operators to launch the rockets, etc. The great thing the Hall of Fame does is showcase that all of these alumni have gone on to be a part of the industry and contribute in their own way. It gives students every day role models to look up to. That is the passion we hope to instill with this sponsorship.” 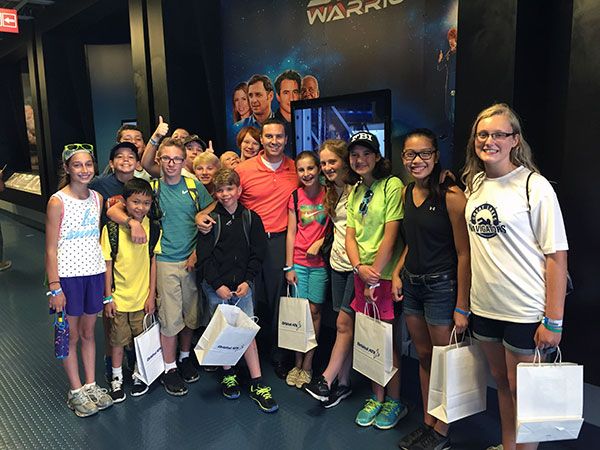 Orbital ATK's Gordie Russell poses with students during a break at Space Camp. 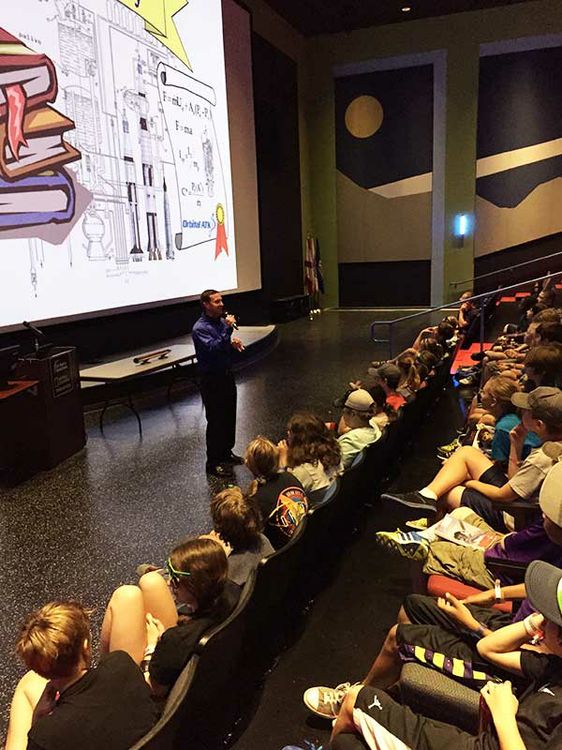 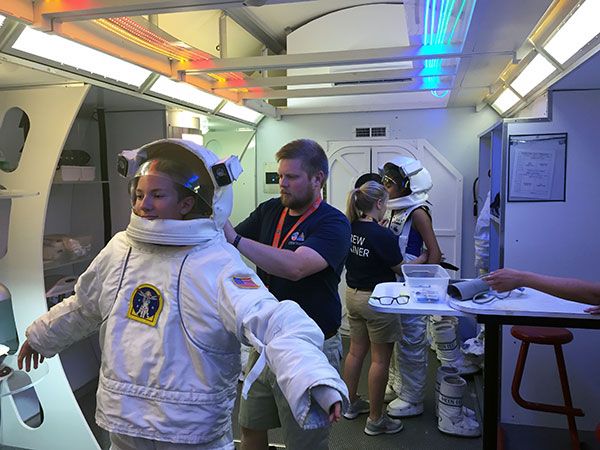 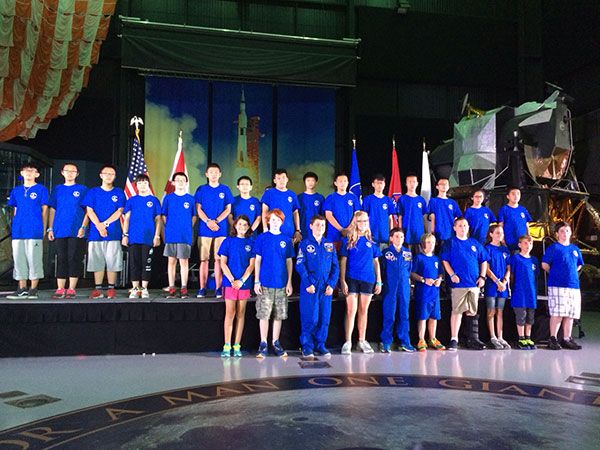 One of the Orbital ATK teams graduated on July 24, 2015. This group received the Global Cooperation Award alongside Team Nie from Beijing. 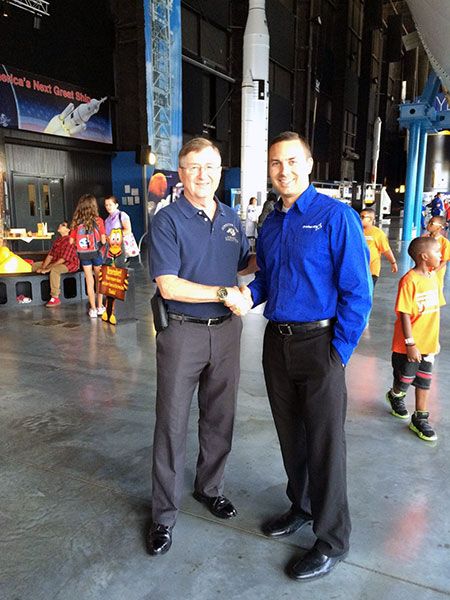